(YET ANOTHER) NAMED INARI DRESS IN STRIPED LINEN

So it’s time to admit it… I think the Inari dress has officially entered the pantheon of TNT patterns for me. This makes #3, all in linen (there is also one in black and one in blue) and I haven’t even tried a knit version yet!  I suspect it would be stupendous in a nice sturdy double knit or scuba, of which I curently have several, because hoarding.

If this fabric looks familiar, it’s because I used it to make those beautiful napkins & tea towels for my in-laws. When Guillaume realized it was the same fabric, he made a lot of jokes about using me to wipe off his hands every time I wore the dress over the holidays. Which was almost all the time, because overeating. You need loose shift dresses at Christmas when cheese finishes every epic meal . It’s mandatory. 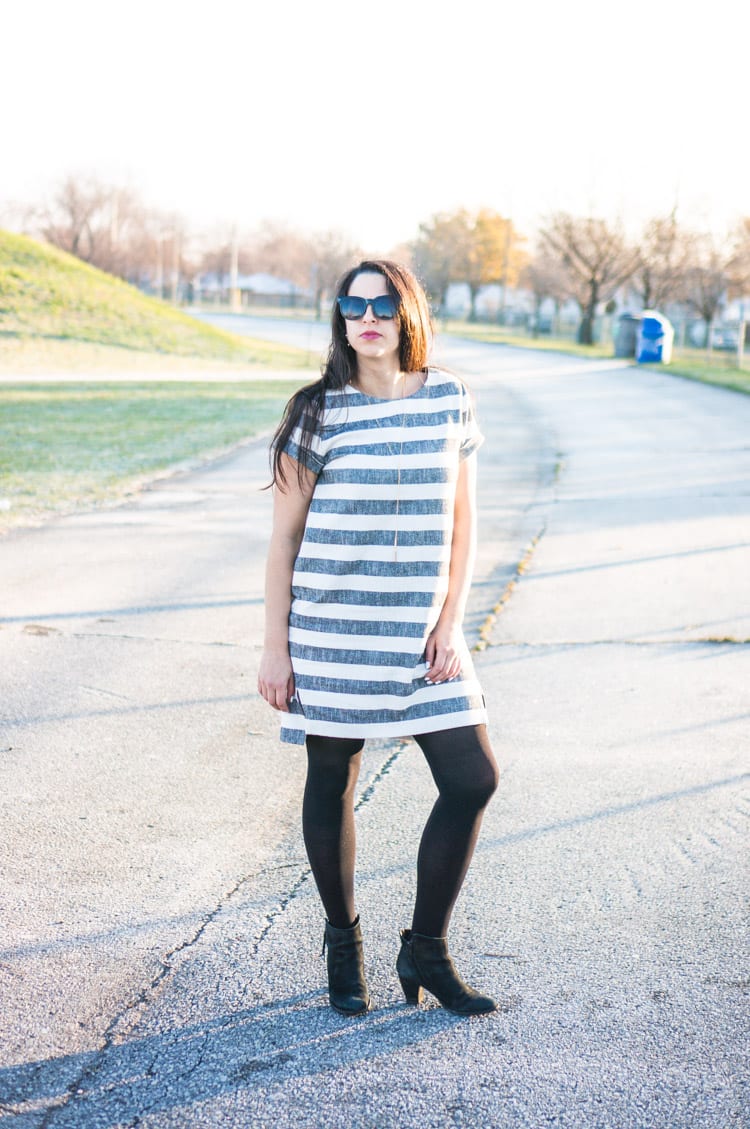 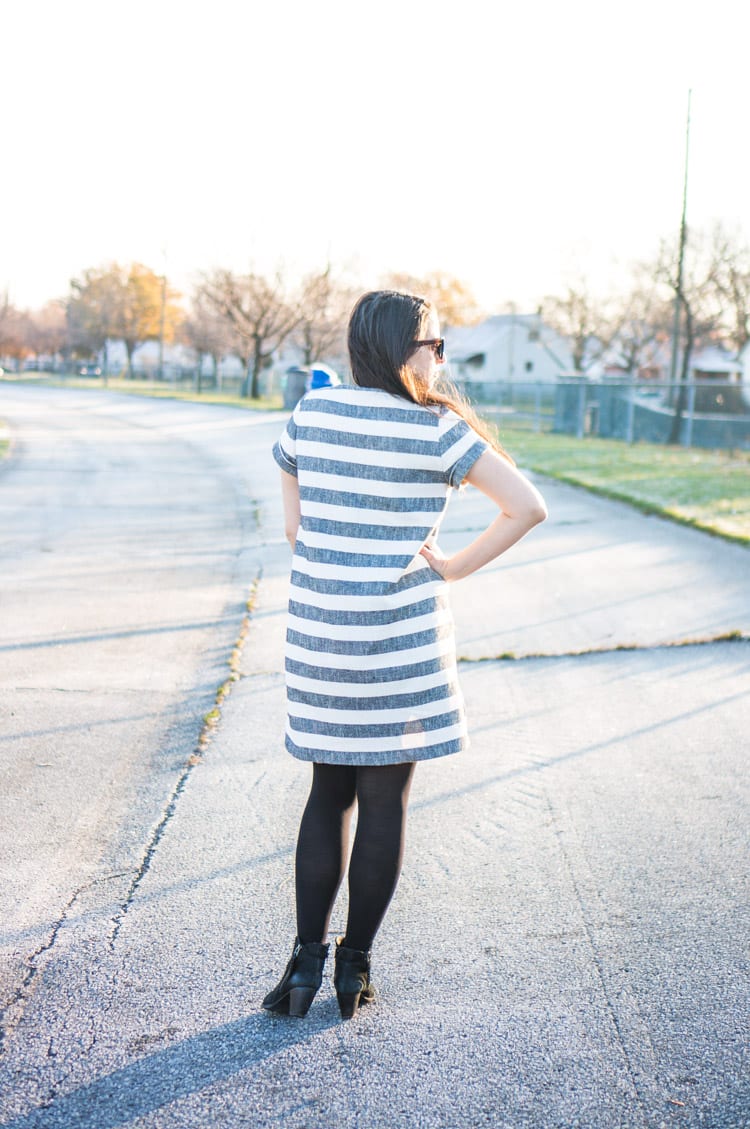 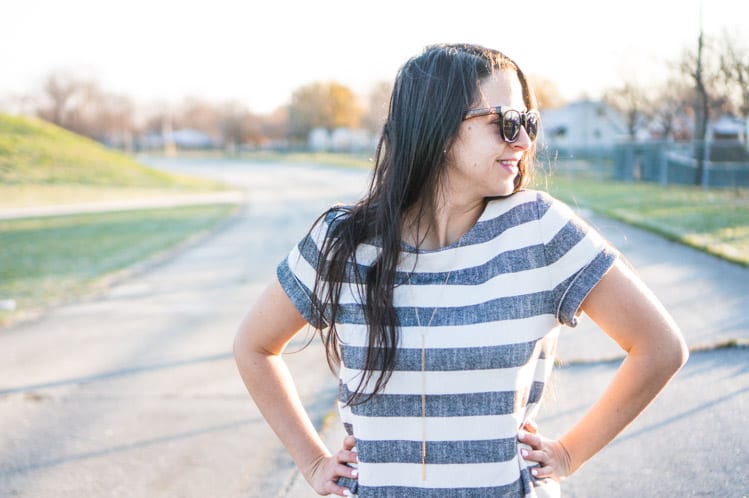 Regardless, the fabric is sumptuous. A really thick and beefy beauty, with a rough weave and a soft, drapey hand; I should have just bought the bolt. While it was in the linen section at Mood, I gotta wonder if it might just be a plush cotton or cotton-blend instead, because it doesn’t wrinkle like you’d think. Regardless, it was a fine choice for this pattern, although things got a little chunky around the sleeve cap. There is a lot of layers at that little fold, let me tell you.

This time I finished the neckline with a facing instead of the bias bound finish I had used on my other two. The fabric had a big, loose weave and I was nervous about it holding up with bias alone. I know we all hate facings, but the secret is to tack them down by sewing in the ditch along the shoulder seam, so they don’t flop every which way. 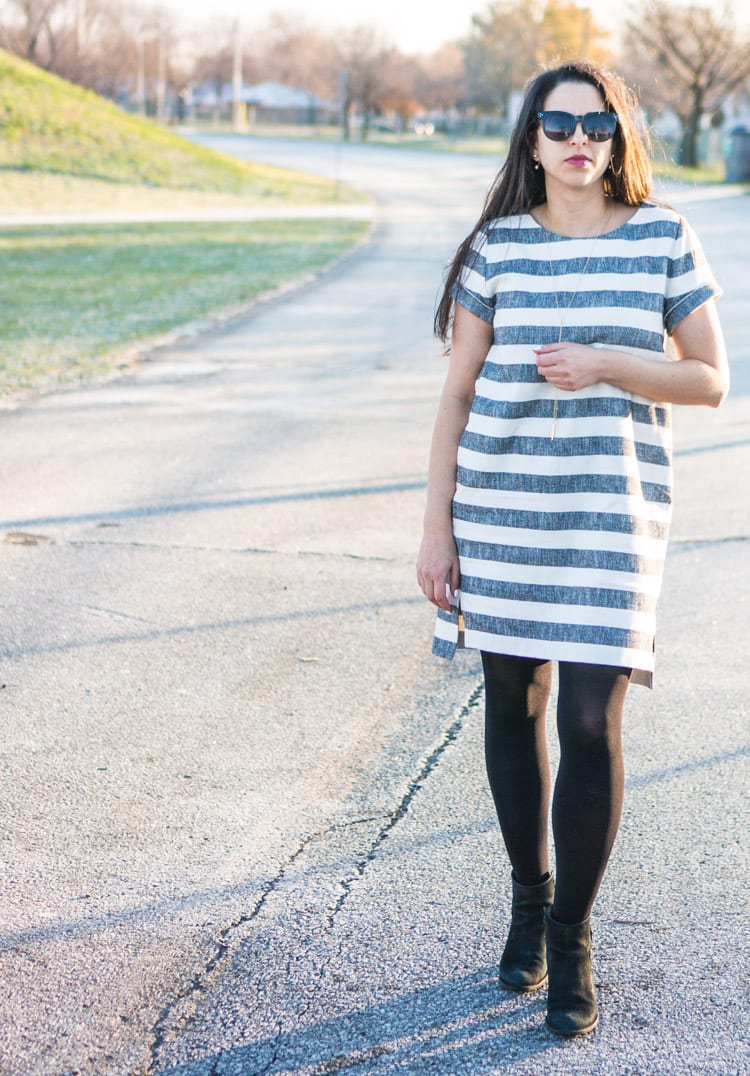 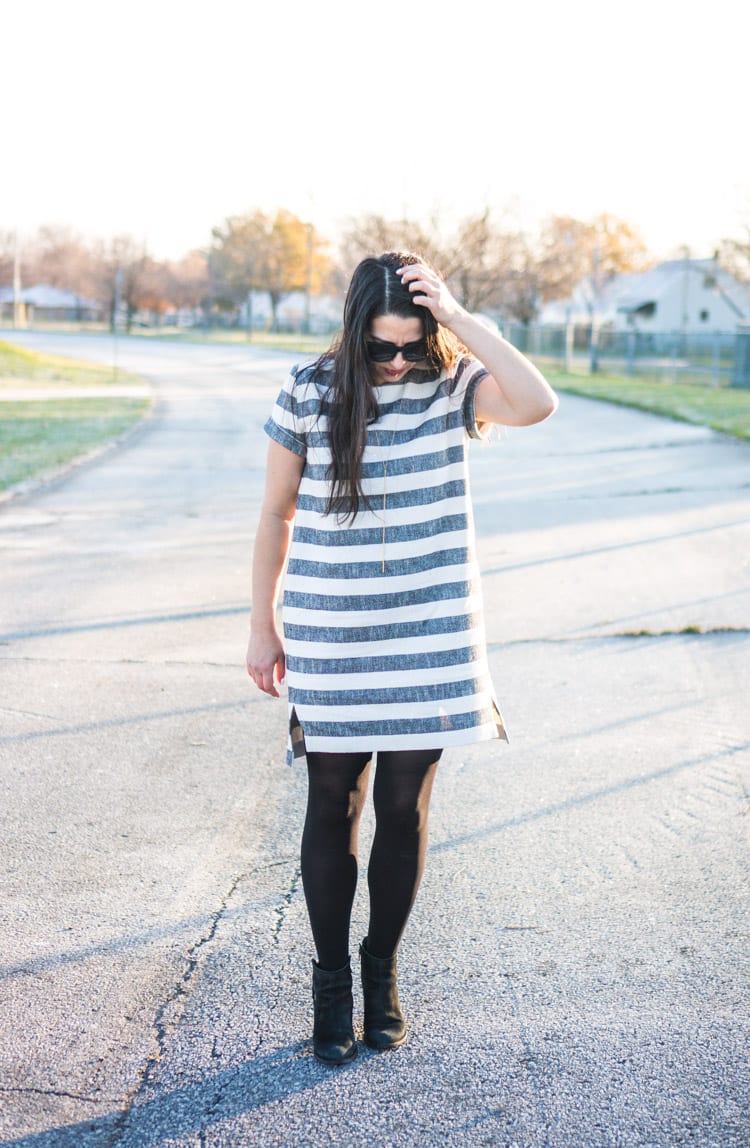 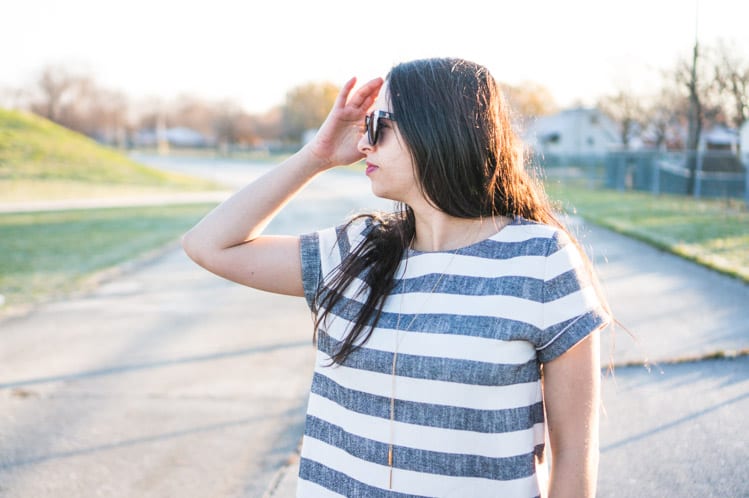 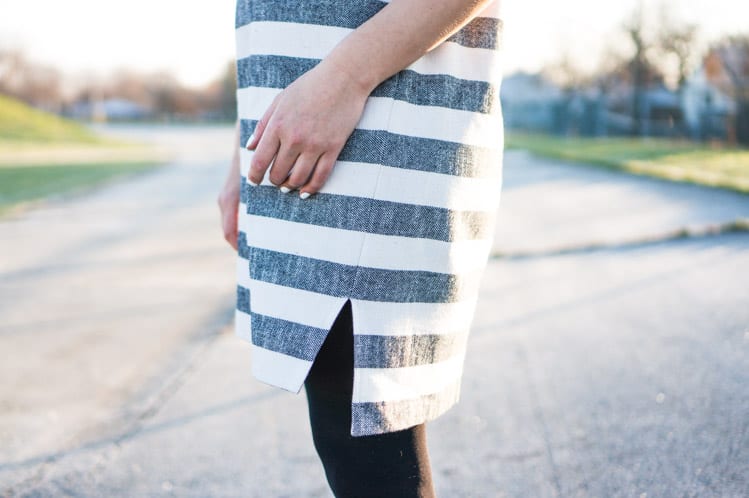 I had major fun times with my stripe placement, and I got no ablogogies; my stripe game is tight for this make. Everything is serged inside, nothin’ fancy.

I think this sums up my winter style this year quite nicely. Clare goes with everything: 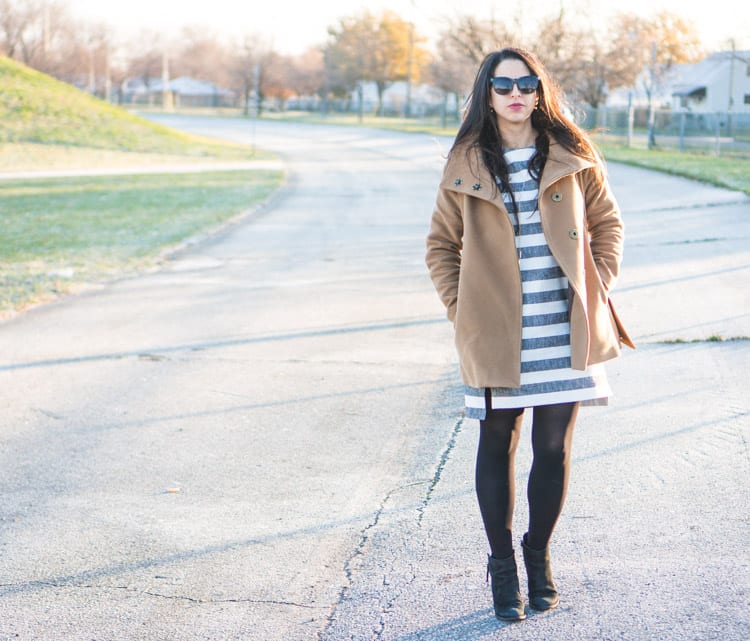 I’m starting to think about sewing plans for the year, and strangely feeling a little unmotivated (besides the pattern samples i’m cranking out for my upcoming releases). Maybe it’s because there haven’t been that many new, shiny pattern releases for the last few months, and mama loves a new pattern. Anything I missed? What are you planning on making for 2016?

A Shearling Lined Sienna Maker Jacket with Quilted Back!

A Blanca Flight Suit in Tencel