A  large part of my trip out west last month revolved around sewing people, to a somewhat hilarious degree. I had some business to attend to and a bunch of people I wanted to meet, so rather than fly home straight after Vancouver, I headed up the coast to see as many internet buds and cool, independent fabric and sewing spaces as possible.

While I was in Vancouver, I managed to steal Tasia from Sewaholic and Caroline from Blackbird Fabrics away from work for lunch and fabric shopping in Gastown. We had a great time and it was wonderful to talk about the industry with fellow Canadians. As you’d expect, they are awesome and funny and kind, and I somehow walked away with all five patterns from Tasia’s new Vancouver collection – the benefits of meeting on launch day 😉

Almost immediately I found the perfect dense double knit for the Pacific Leggings at Atex Designer Fabrics, along with a beautiful chambray that Tasia had incidentally used for a Sewaholic sample. We also visited Dressew, which is a must visit, especially if you suffer from a zipper fetish, as I do. The basement is basically where all notions go to live in peaceful retirement from the manufacturing industry, and you can find a killer selection of gorgeous high end zippers  for a song (24″ separating Riri zippers for $5!) 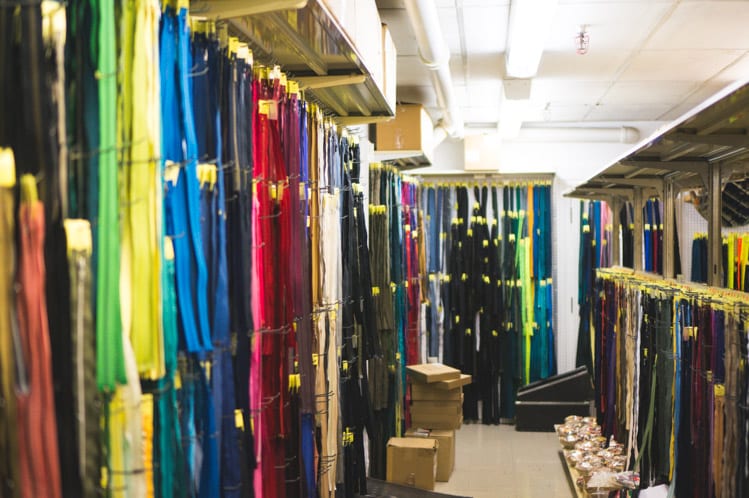 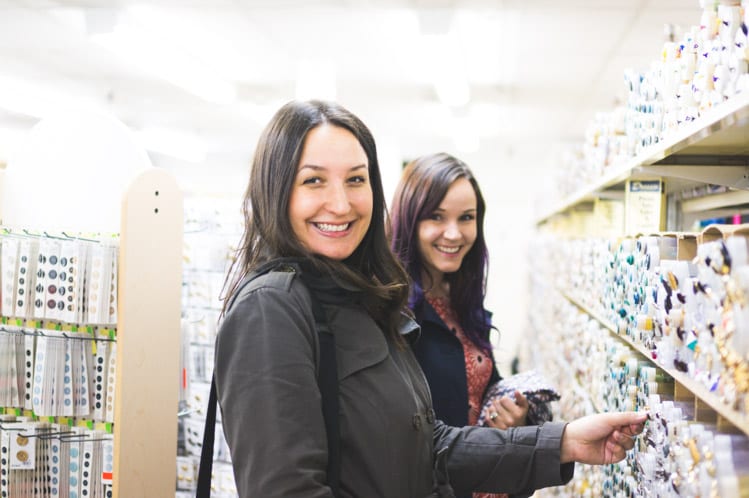 Tasia’s purple hair is even prettier in person. And Caroline single-handedly got me on this Whole30 cult/craze so it was a winning (or losing, if you think about all the sugar I’m about to give up) visit all around.

After my stay in Vancouver, I headed up the coast to Seattle by way of glamourous Greyhound, which incidentally, is 100 times sketchier in the United States than it is in Canada. I have never seen more prison neck tattoos in my life (I also spotted old school “Love” and “Hate” knuckle tattoos while I gave the “I’m not here to make friends” face and tried to take up two seats). After checking into my Airbnb, I met up with the lovely Amy from Sew Well. We walked around Fremont with her adorable daughter and caught up on life (she really needs to blog more about her adventures with home renovation). Later that night I had dinner with Morgan, who makes some of my very favourite things and pointed out where everyone buys heroin downtown because #traveltips.

The next day I went to Seattle’s sewing mecca, Drygoods Design. This is one of the most beautifully curated sewing shops I’ve ever seen; every corner is an instagram and every bolt of fabric wanted to come home with me. I bought a few beautiful shirtings and tried to behave myself. 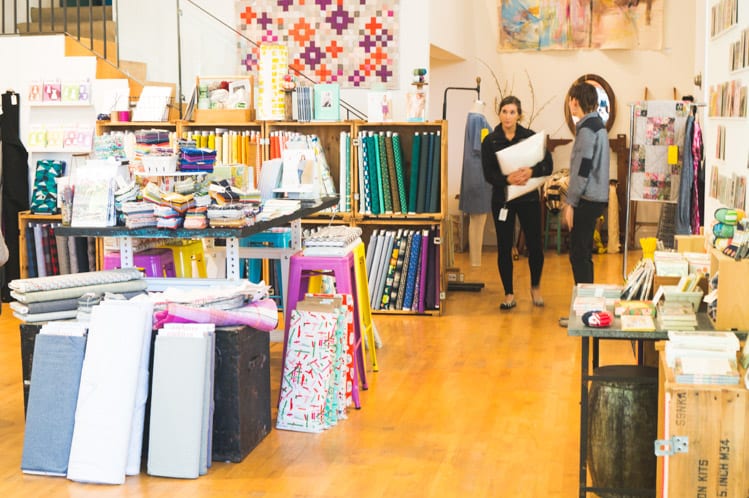 Waiting for me with a beautiful smile was Sanae; she’s one of my favourite blog writers, and is everything I imagined/hoped in person. She showed me a sneak peak of her new book; it’s absolutely gorgeous and so thoughtfully organized and written – I can’t wait to get my mitts on it. While we were enjoying a delicious lunch at The London Plane, I also got a chance to chat with Keli, the owner of Drygoods, who is hilarious and outspoken and part of the tribe. It was pretty fascinating to get an insider view into sewing and sewing patterns from a retail perspective. I may share some of my findings on this later, because store owners definitely have a unique and tangible take on what people want to make. 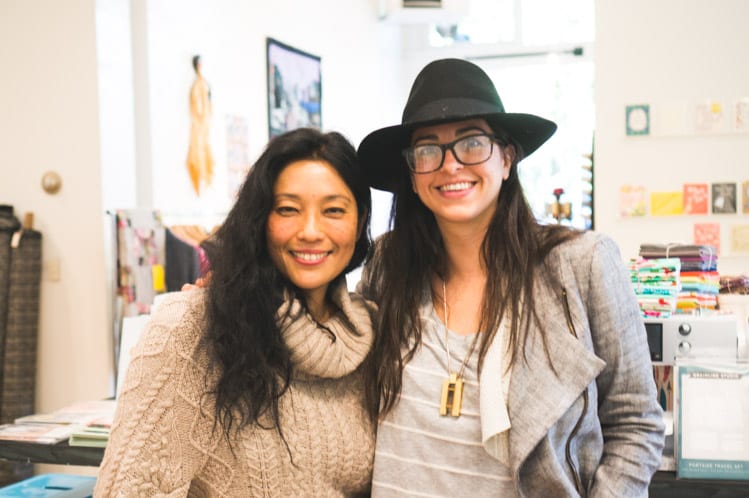 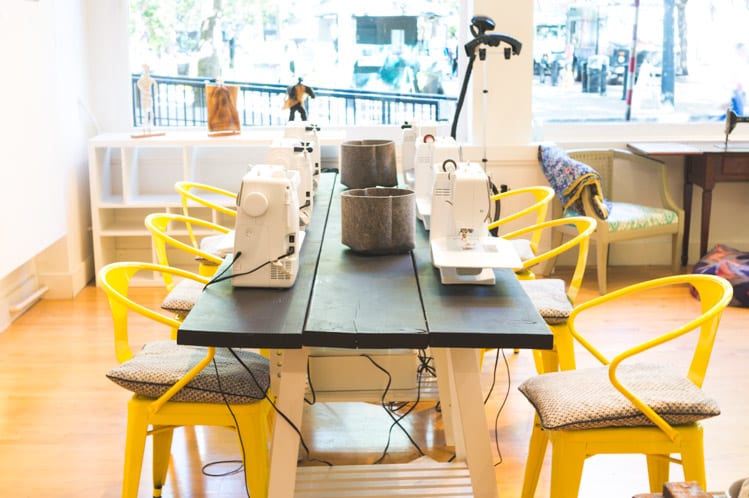 Trying to make it count in Seattle, later that afternoon I caught up with Stephanie, one of my most treasured pattern testers (she makes me laugh really, really hard) along with Meghann, who I had never talked to before but who emailed me and offered to show me around. We visited the craft/sewing book section at the Japanese heaven Uwajimaya, and then Meghann took me down to the Pike Place Market. Hidden in the bowels of the building was a fabric consignment store called Our Fabric Stash; Seattle makers with overstuffed stashed closets should check it out if they want to lighten their load. The night ended in a blur, as Meghann is a social butterfly who knew all the good spots. We watched the sun set from a boat in Seattle’s interior lake and somehow ended up country swing dancing. It hurt the next day (I’m getting old), but it was a night to try and remember. 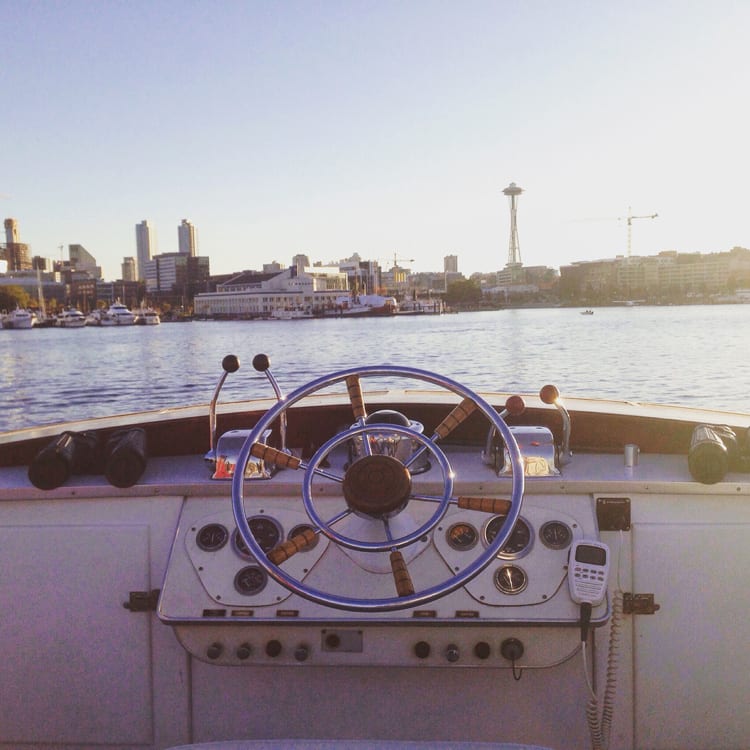 The following day, hangover and suitcase in tow, I stopped by District Fabric. Guillaume had just called to tell me his visa had gone through so I happy cried a little on the street outside and was still a little verklempt when I went in to chat with the owner Ashley. She has a breathtaking array of fabric; each bolt was obviously chosen with love and a great eye. Coming from the slapdash stores of Montreal, it was refreshing to see fabric handled with the dignity and respect it deserves. 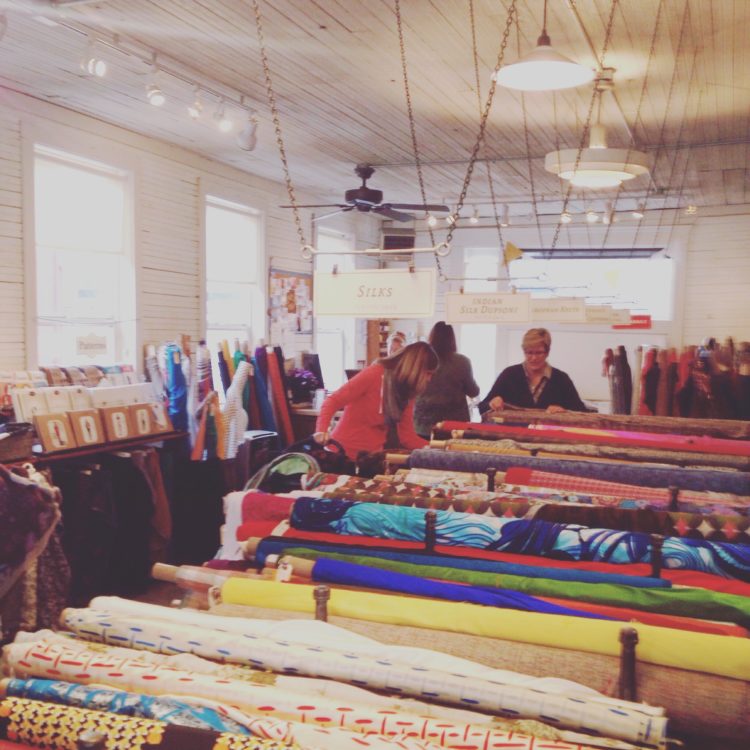 Next up, I hopped on the Neck Tattoo Express to Oregon. Portland has been on my bucket list for a while, and I could not have prayed for a more Portland time. Portland is so Portland that Portlandia reads like a subtle PBS documentary. On my first day I saw someone with a cornrow beard, and watched the crowds line up for free marijuana from the dispensaries (it was the first day they were allowed to sell directly to the public). I had a few heavenly hours in Powell’s books and found my dream store, Half Pint, which only sells vintage bags and shoes (I scored some Cole Haan boots and a vintage camel Coach purse for a song). 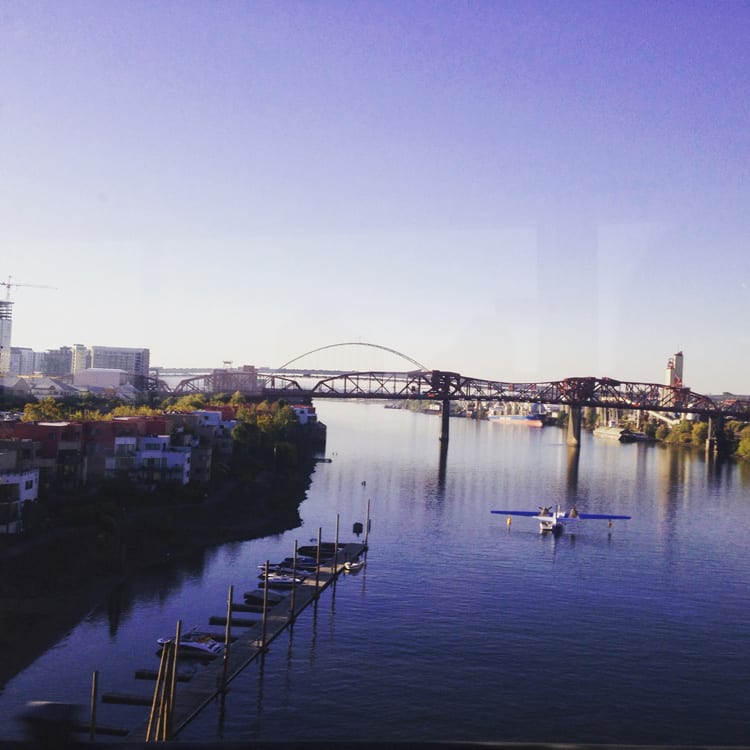 Portland is also CHOCK FULL Of amazing fabric stores. Seriously. It’s crazy. I had a great conversation with Michelle, one of the owners of Modern Domestic, and fell hard for some Robert Kauffman plaid flannel when I wasn’t petting the high end Berninas they have in stock. I also stopped by Bolt, who have a hand picked collection of lovely fabric and a ton of indie patterns. Also worth noting is Josephine’s Dry Goods in southeast Portland. The taste level in that shop is off the hook.

There were lots of makers to catch up with as well. My second night I met up with Lauren, Kelly and Amy. We had one of those nights where you keep saying you need to leave but find yourself wrapped up in conversation 30 minutes later. The next day I was on assignment for Seamwork, so I got a chance to stop by the Colette offices and meet the team. I’m so grateful to Sarai for all she’s done for the sewing industry, and the more I get to know her the more I love her. It was an honour and inspiration to get to see that place at work. 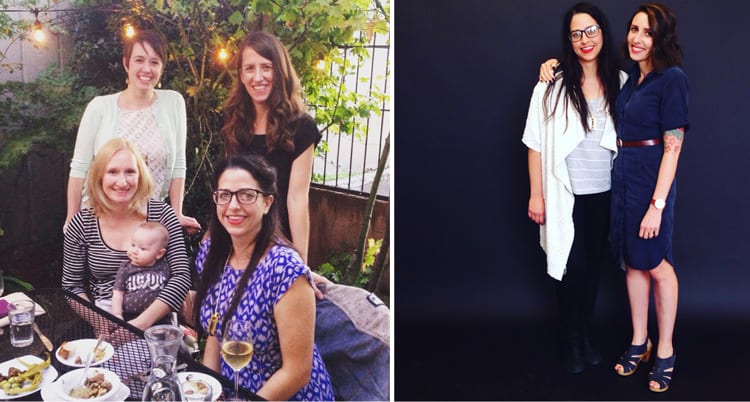 My last day in town I had brunch with Peggy from Sew House Seven, before meeting up with Kelly and Lauren again to hit up Mill End Store. It’s much bigger and less “curated” than some of the smaller boutiques in PDX, but I was really impressed with the scope of fabric they carried. Of course, it wouldn’t be a trip to Portland without stopping by the Pendleton shop. I picked up a few remnants and an iphone case because I am a huge nerd. We finished the day hanging out with Kelly’s little girls, who are quite possibly two of the sweetest, most hilarious and interesting kids I’ve ever encountered. My ovaries basically started knocking out eggs in response to meeting them. 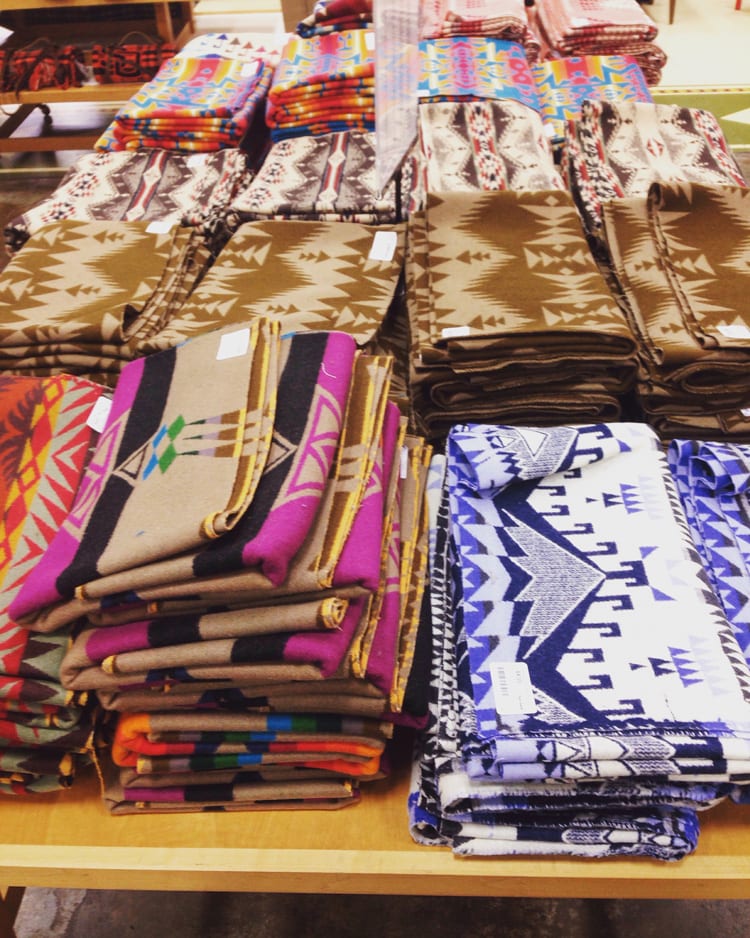 And thus ended the most epic sewing related road trip of my life. I was exhausted and talked out by the time my plane arrived, but I was so happy to finally meet so many friends in person. I also got a lot of good research done and left feeling like I understand the sewing world and my place in it a little bit better. Now to deal with this mountain of fabric…. 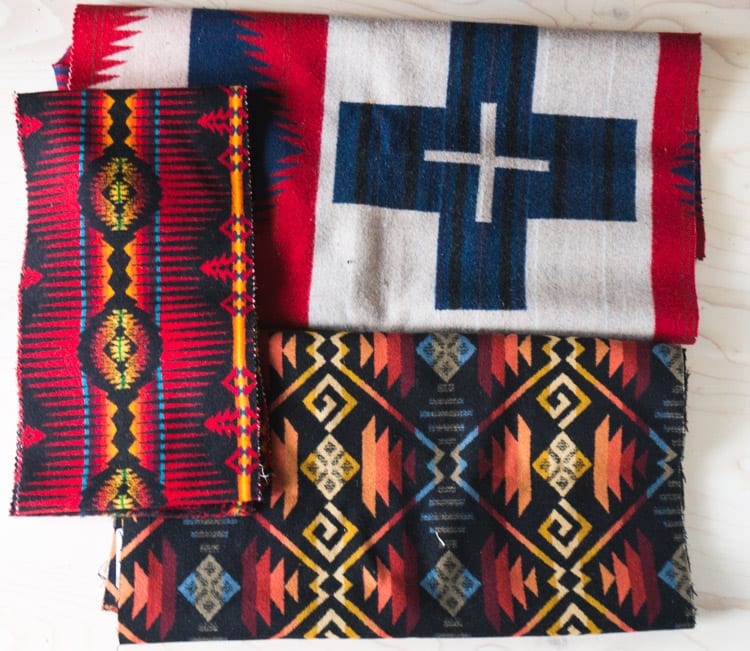 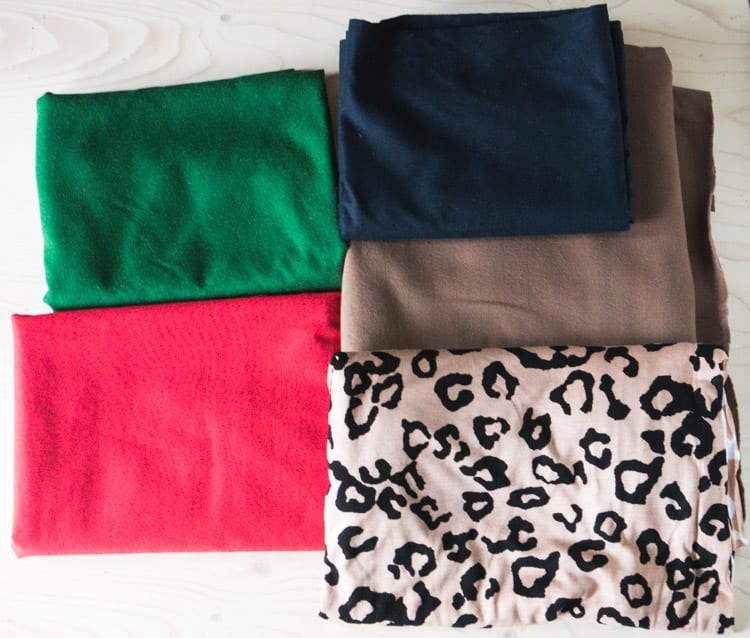 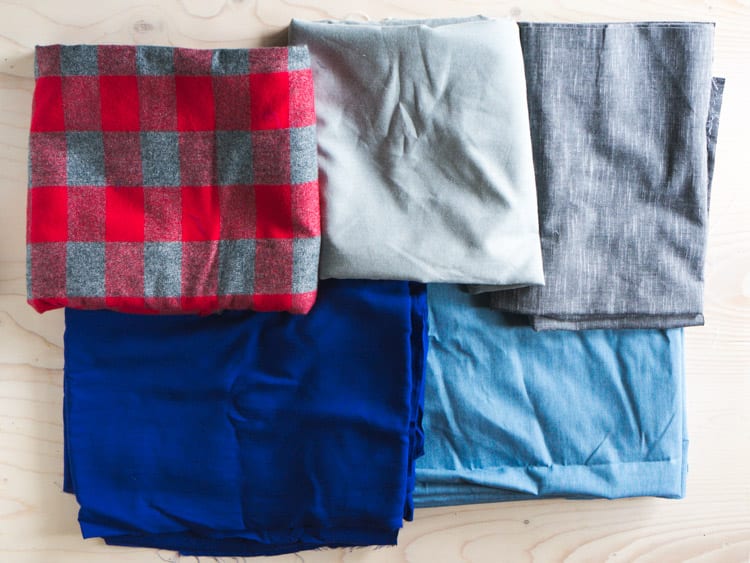 Would you ever travel just to meet sewing people? Why does the west coast have the best fabric stores? And how do I build a teleporter to Portland & Seattle so I can visit everyone more often?

My trip to Sweden Plus Travel Tips for Stockholm