It’s been a thrilling week and a big thank you to everyone who has purchased, tweeted or posted about the Bombshell. I’m having summer meet-up fantasies that involve the beach and a long line of sewists modelling their handmade swimsuits (maybe like this?)

Now you know why I had this photo blown up in my sewing studio. These ladies were a daily inspiration!

Before I start the Bombshell sewalong this Monday, I wanted to post my new favourite make. The babes at By Hand London sent me a copy of their new Victoria Blazer and I was sooooooo psyched to try it, especially because I have never made a jacket before and this looked like it would be doable for a newb.

AND HOW! Anyone like me, irrationally scared of making a jacket, has nothing to fear. This is an easy to assemble, slouchy jacket with no tailoring required. As per usual, the packaging of the pattern itself is to-die-for-lovely, and the instructions are warm, clear and easy to follow.

I immediately zeroed in on the sleeveless version. I’ve been jonesing for one of those slightly tomboyish, insouciant type of khaki/army vests you can throw over anything a little more refined for that chic “See how I mix the things so effortlessly?” vibe. Like this. Rachel really nails what I mean here. I scored a lightweight army twill during our Montreal meet-up and knocked this beaut off in a few short hours. 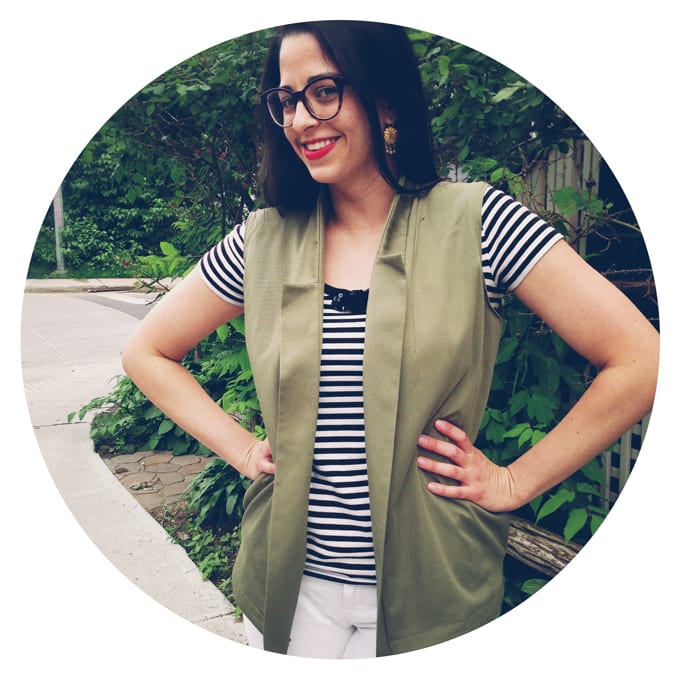 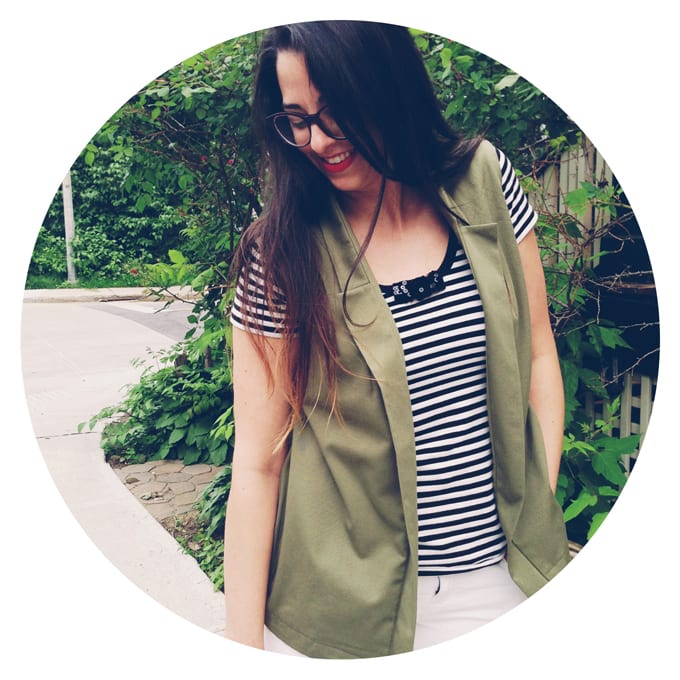 I’ve worn it quit a few times already – it’s become the perfect thing to throw over a t-shirt and some skinny jeans like I did here, or with a more feminine summer dress when you want to tone down the girly. The only change I made to the pattern was to omit the full lining. I instead made a facing using the same fabric as the outside, and faced the collar, lapel and armholes, along with a small band at the bottom seam. In hindsight, I should have just lengthened the jacket an inch or two and folded and topstitched the hem instead of facing it, but whatevs. I’m at work now and neglected to get a shot of the insides but can do so later if anyone wants to see what I mean.

(May I draw your attention to THE SHOES?! I almost cried when I saw them at Zara, especially since I’ve been pining for the woven Prada shoes I think they are inspired by, knowing they were never to be mine.) First heels I’ve bought in over a year! 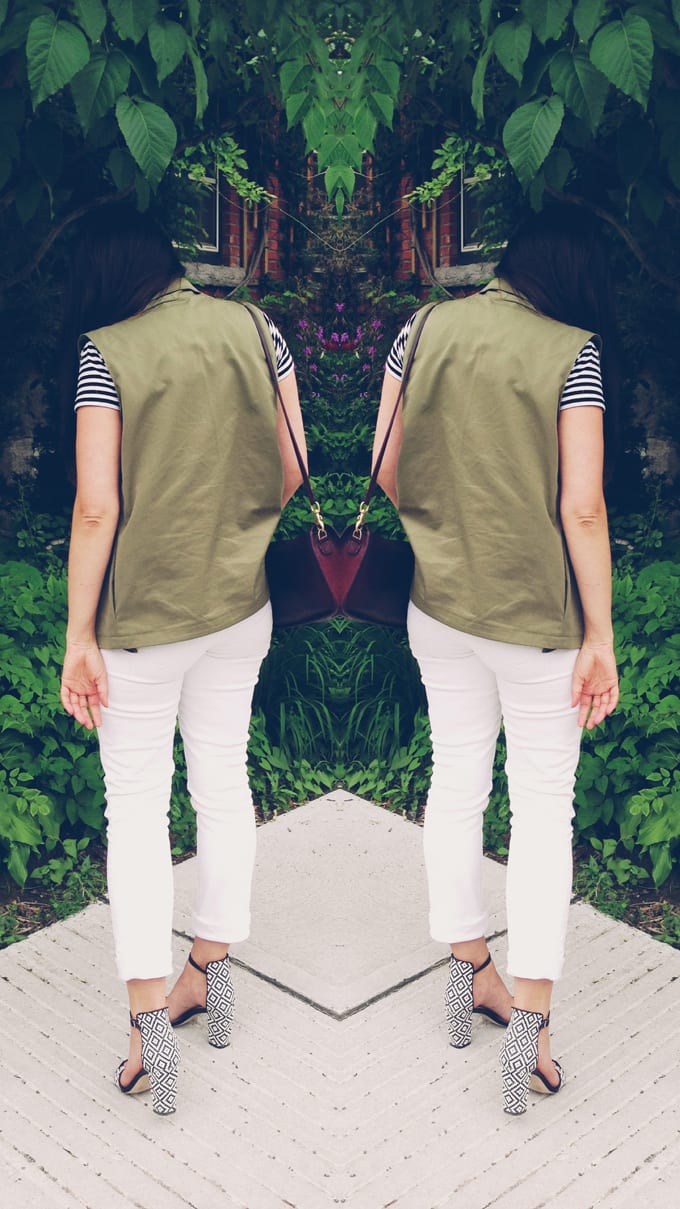 Also, I discovered I can take decent project photos on my iPhone, once I put them through the COMPLETE MAGIC that is the Kitcam app (seriously the best photo app on the market. You can basically throw every other app you have in the metaphorical digital garbage because this does EVERYTHING). These aren’t bad for non-SLR photos right? Better than hungover self-portraits in my hallway, where everything turns out blurry.

Now here is some good news! The good babes at BHL have generously given me an extra copy to give away! Who else wants to rock this casually chic, London street-smart jacket? Just leave me a comment below telling me whether or not you would make the regular, cropped or sleeveless version and with what fabric. I will randomly pick a winner on Saturday!

GEORGIA ON MY MIND

BY HAND LONDON FLORA – AS A SKIRT!