If you’re a design/colour/branding type A maniac, designing the packaging for a forever product that people will buy, use, and maybe pass down over the years is the kind of thing that will keep you up at night, haunt your dreams and occupy most of your waking hours. When I decided I was going to release paper patterns, it’s basically all I thought about for months, and I experimented with a lot of different approaches before I settled on one that felt true (and that I could afford).

The entire process was a huge learning experience. I’ve never had to deal with a manufactured product before, and it’s incredibly complicated. Here’s the hard truth: printing is very expensive. It is especially expensive when you’re dealing with small runs, and you live in Canada where there are simply less print shops, and thus less competition. Most printers will only do huge corporate orders; it can very challenging to find people willing to do a run of 1000 copies, even when 1000 copies seems like an astronomical number. That number is 1000 for a reason; McCalls actually does all the tissue printing in North America (they may actually be the only printer in the world capable of printing on such large sheets on tissue) and while their pricing is surprisingly affordable, their minimum order is 1000 copies per design. While McCalls will also print your envelopes and instructions, I wanted something more custom and ended up working with a print broker in Canada, which was a lifesaver. Brokers will negotiate with big commercial printers for you, and can generally get much better pricing than anything you can find on your own. 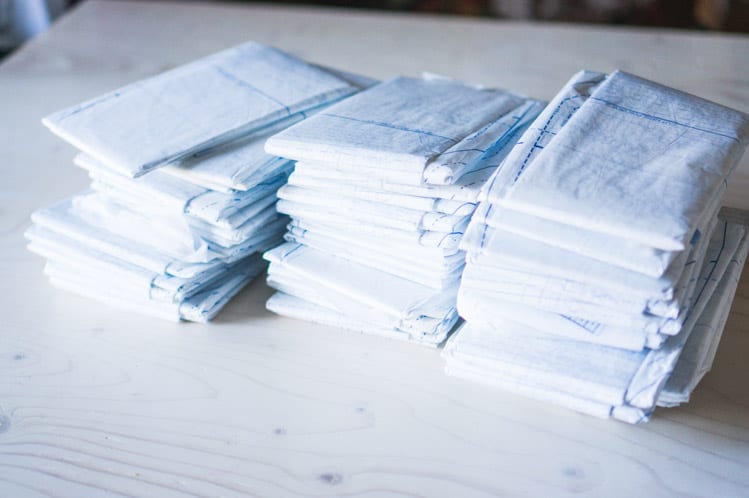 My preliminary idea was to create a sturdy cardstock folder with a Moleskin-like yellow elastic that held everything together. I made mockups and technical drawings and even found pricing on custom elastic. But here’s another hard truth about printing; anything with a custom shape requires a custom die cut, which is basically a mold they use to cut your shape out of paper; the die cut itself can run one up to $1000 to get made. In addition, any design with fold lines or 3-dimensionality (such as a box shape) requires special machines to assemble, and that process is extremely expensive. While the price drops exponentially the larger the quantity, I was essentially priced out of doing anything really fancy because of my small runs. That heartbreak lingered with me for a long time. The hardest truth: profit margins are key to business success. If you’re not making enough of a profit of your product (especially when you’re selling wholesale and retail) your business is not going to survive.

It was back to the drawing board. My print broker and I had a lot of difficult conversations about what was actually possible before we settled on doing an offset print on a standard 9″x6″ envelope. We splurged on lovely magazine quality stapled booklets and upgraded to white tissue for the patterns themselves. I also had help designing the envelope and booklet from the lovely and amazing Sara Berkes. After sussing out the myriad ways that patterns are being packaged these days, I’m quite happy with the clean, simple, packaging we ended up with. 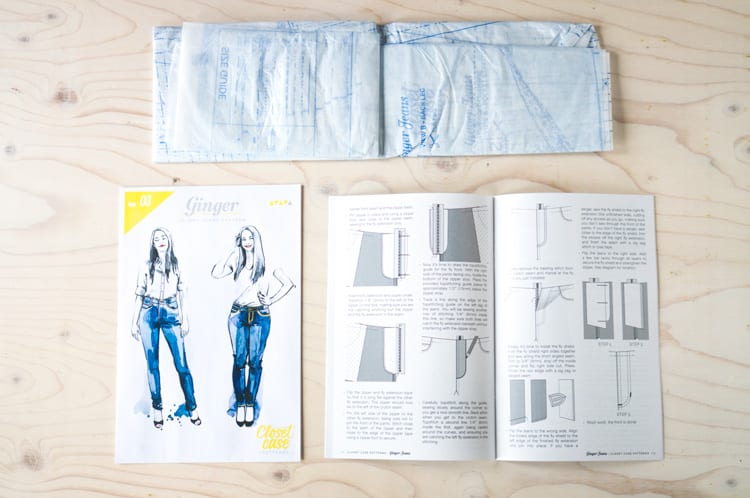 The star of course, are the fashion illustrations.  From the beginning I knew I wanted to go with something painterly and hand drawn. Photos can look dated over time, and I wasn’t super comfortable with being so front and center on the packaging since I’m also the model. Technical flats can look good but since a lot of companies have gone that route I wanted to do something a little different. After a lot of googling, I eventually found a fashion illustrator I loved;  she had the exact style I imagined in my head. Unfortunately for me, she was also highly sought after and well out of my budget.

Instead, I hunted around on sites like Behance and Freelanced to find up and coming illustrators. This was undoubtedly the most frustrating and difficult part of the process. You would think that there would be hundreds, thousands, of talented fashion illustrators out there. But apparently there isn’t, at least, not that Google or I could see (heads up talented illustrators; your portfolios are really hard to find). Eventually I did stumble on a few with promising portfolios. We emailed back and forth about what I was looking for, and I sent them inspiration images. All three offered to do illustration tests for me to see if we could agree on a style. This is what came back. 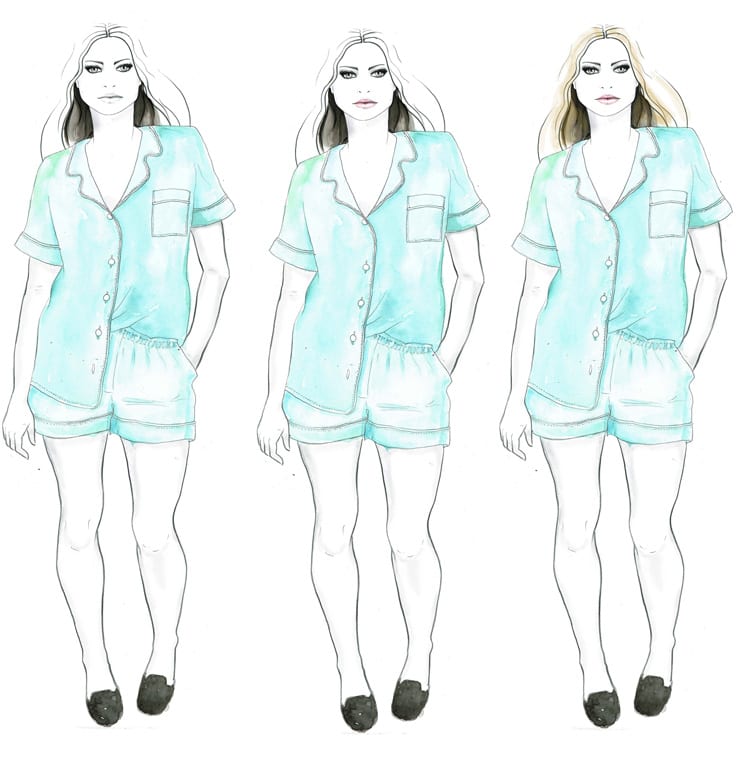 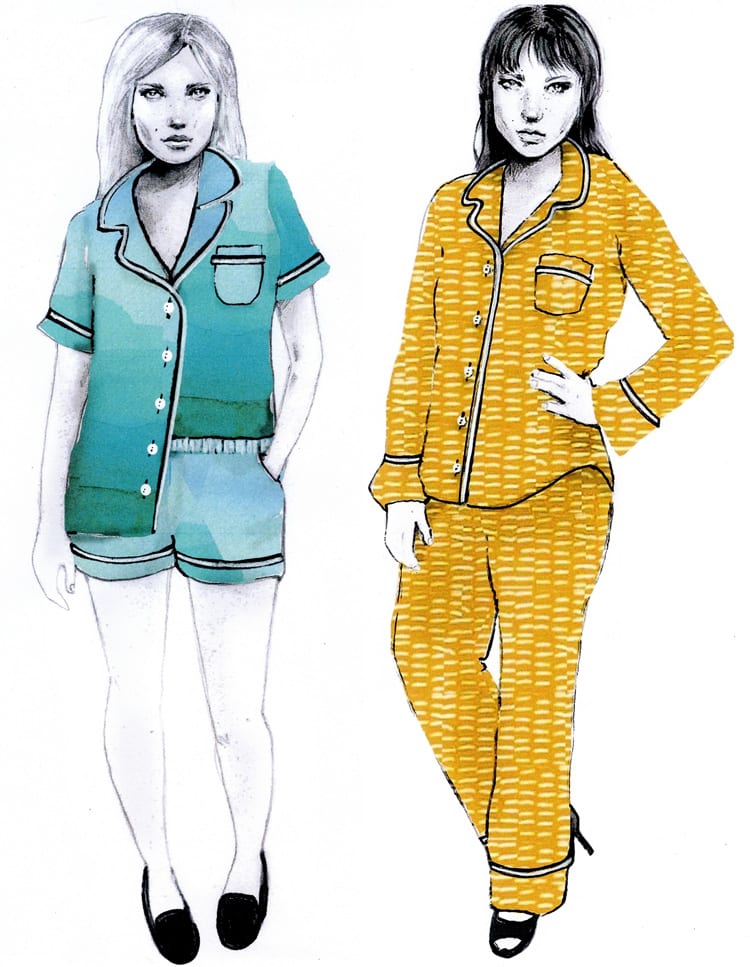 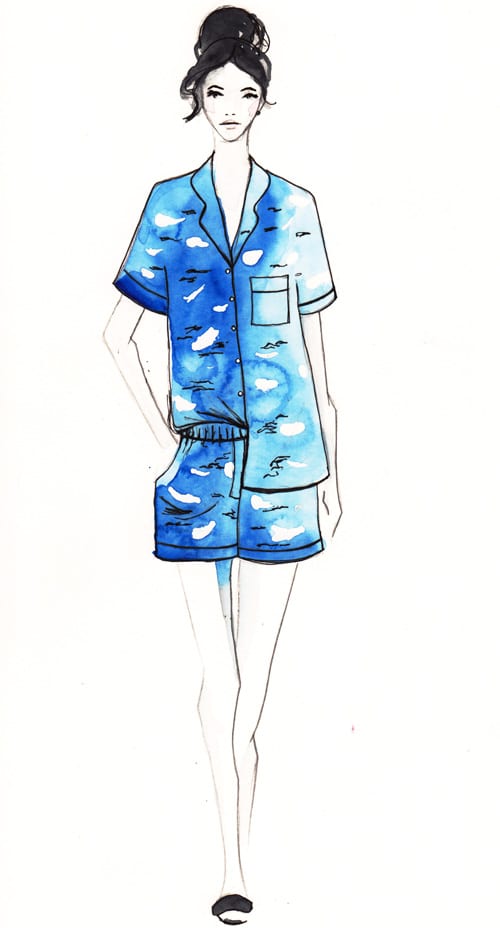 None of these are bad, but none were quite right, either. I was beginning to give up hope.

After the third illustration came in, I was catching up with my beloved Sallie Oh over the phone; she’s a great shoulder to cry on when you’re feeling defeated. When I explained the Odyssey-like illustrator quest I was on, she took a look at my inspiration images, what had been delivered and said simply, “I can do that. I’ll send you something tomorrow”.

I almost dropped the phone. I also didn’t quite believe her. There was no way after the months of back and forth and google searching that the perfect person to illustrate the pattern covers I had been losing sleep over was a friend. From the sewing community. Who I love. THERE IS NO WAY. So when her email arrived the next day I was positively terrified to open the attachment. Until I saw the beautiful hand drawn and water-coloured illustration, and starting cry laughing and hoot-hollering and air punching, because it was perfect. It was exactly what I wanted, and it was drawn by one of my favourite humans on the planet. Who just happens to be someone I met from the field I’ve dedicated my life to. Thank you universe. Your sense of humour is on point. 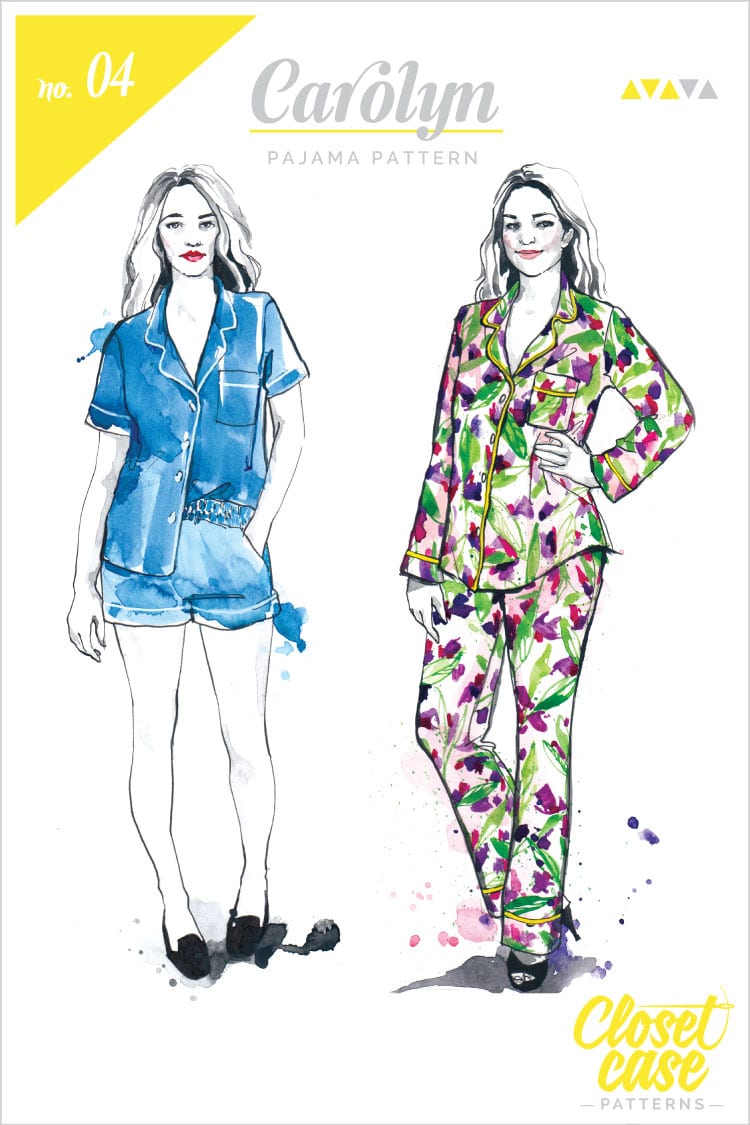 Carolyn came first, and then we did Nettie, Ginger and Clare over the rest of the summer and fall. Every time the files arrived in my inbox, I would be filled with such immense gratitude and happiness I’d need to do a little spazzy dance. 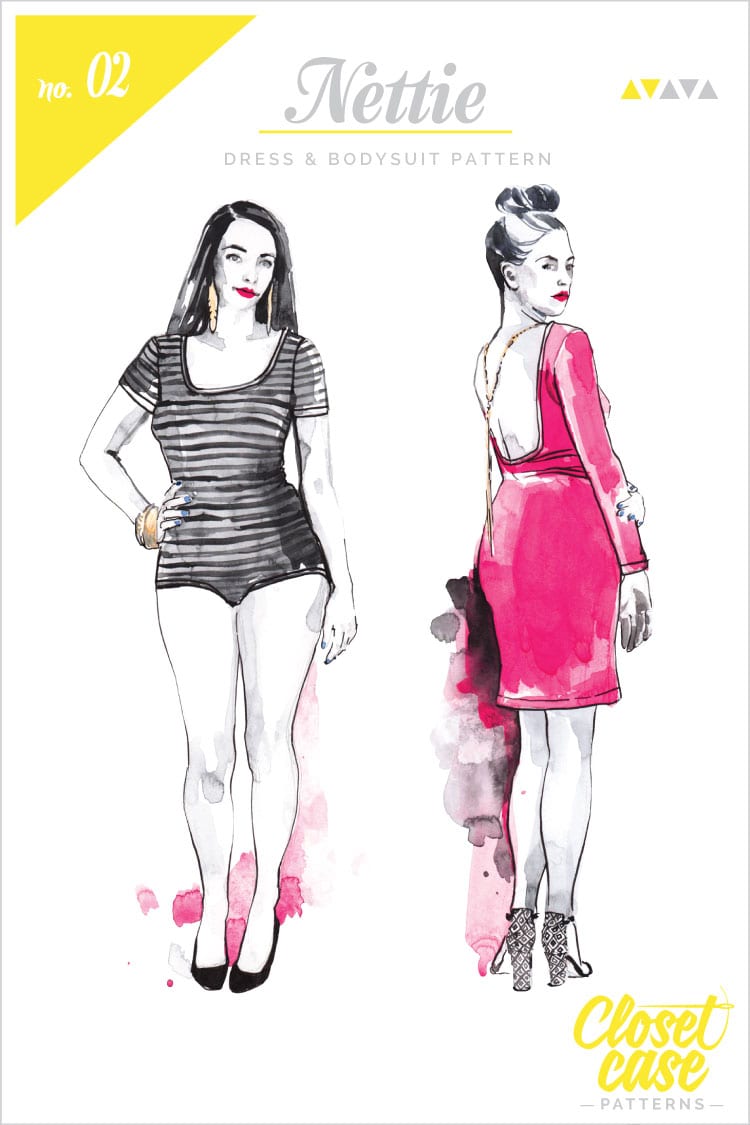 Even though I don’t have the fancy die-cut envelopes I had initially dreamed of, I feel like each one of these patterns has a little bit of Sallie’s artfulness and soul, and the entire thing is so wrapped up in my love for sewing and my love for this immensely gifted and generous community that the spazzy dance is basically happening non-stop. Even as I’m stuffing thousands of these babies to get them in your hands. Did I mention that my graphic designer Sara is a sewing friend too? Full circle.

So that’s the story of Closet Case packaging; hopefully there are people out there who found this helpful if they’re considering the move to print themselves. Do you like the illustrations? Do you have any stories of sewing kismet I should know about it? What does your spazzy dance of joy look like?

Open
I love a midi-length skirt! It hits that sweet, of

Open
Sometimes simple really is the best. Absolutely in

Open
Have you made our pouf yet? This free pattern down

Open
Summer Jenny trousers for the win! The lovely @kal