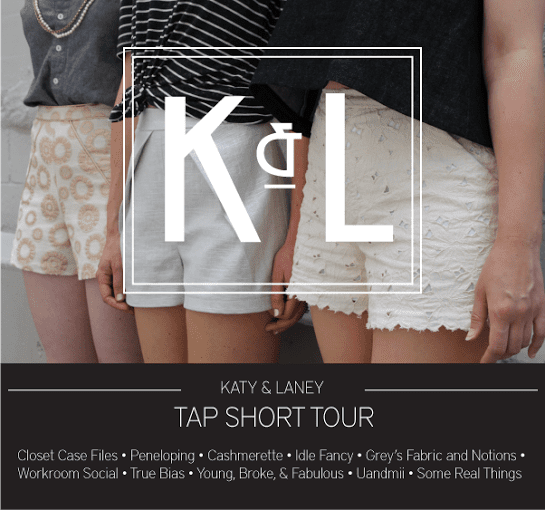 If you read Katy & Laney’s blog (whom I discovered last year and quickly grew to love for their fresh style and tag team excellence) you may have heard that they just released their first pattern. They got in touch a few months ago to see if I’d be interested in testing their high waisted, vintage inspired Tap Shorts. While I tested the pattern pre-release, what I am sharing with you now is my honest, personal opinion of the design, and how I made them.

In lieu of last week’s posts and ensuing conversation, I was almost reluctant to join this blog tour. I had to remind myself that this is a personal space to share what I’m working on, and that if I like something I make, I want to share it with you. Because I very much like this pattern. If I didn’t, I wouldn’t be writing this post.

How did the testing work? They sent me the pattern, I made up a size 10 and sent them my comments. Nothing major, mostly notes on clarifying certain instructions. I was very happy with the overall design; mine came out a touch big at the waist and I brought that to their attention.  That’s about it. 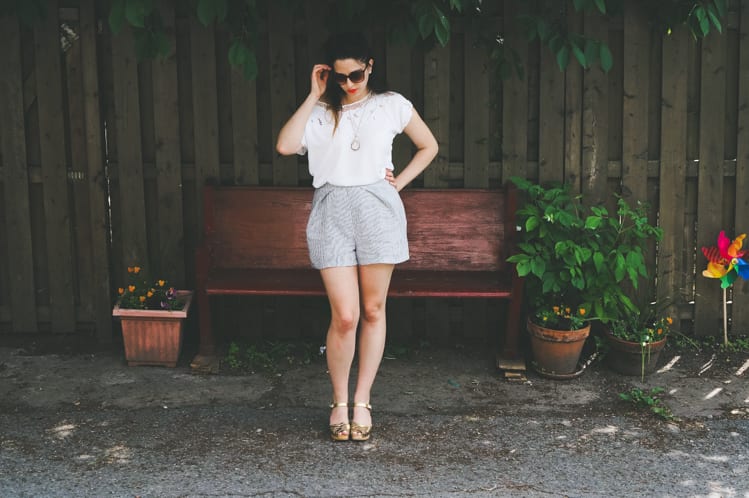 I made my Tap Shorts using a scant 2 yards of a super lightweight pinstriped linen I picked up in San Francisco last year. The initial pattern I was sent only included the pleated variation; they later added the fly front and angled seam options so I can’t comment on those, but I would very much like to go to town on the angled seam version this summer, perhaps in a heavier weight fabric like cotton upholstery. Construction wise, it was a pretty fast make. I serged all my seams and inserted an invisible zip at the side as instructed. The waistband facing was hand sewn on the inside. 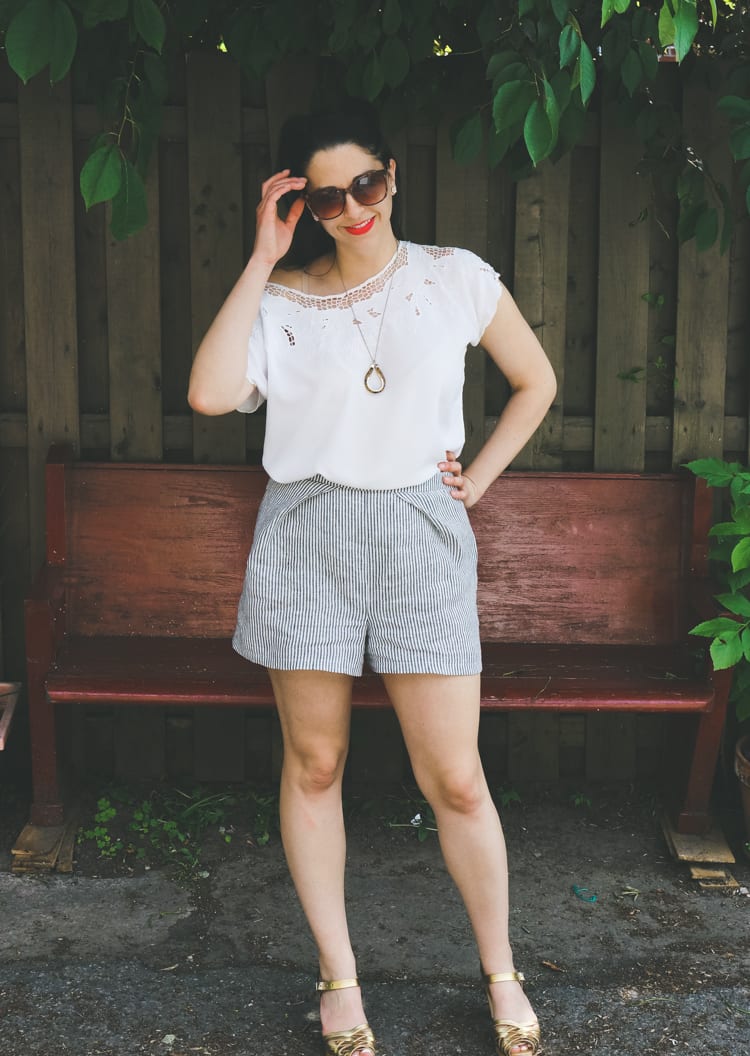 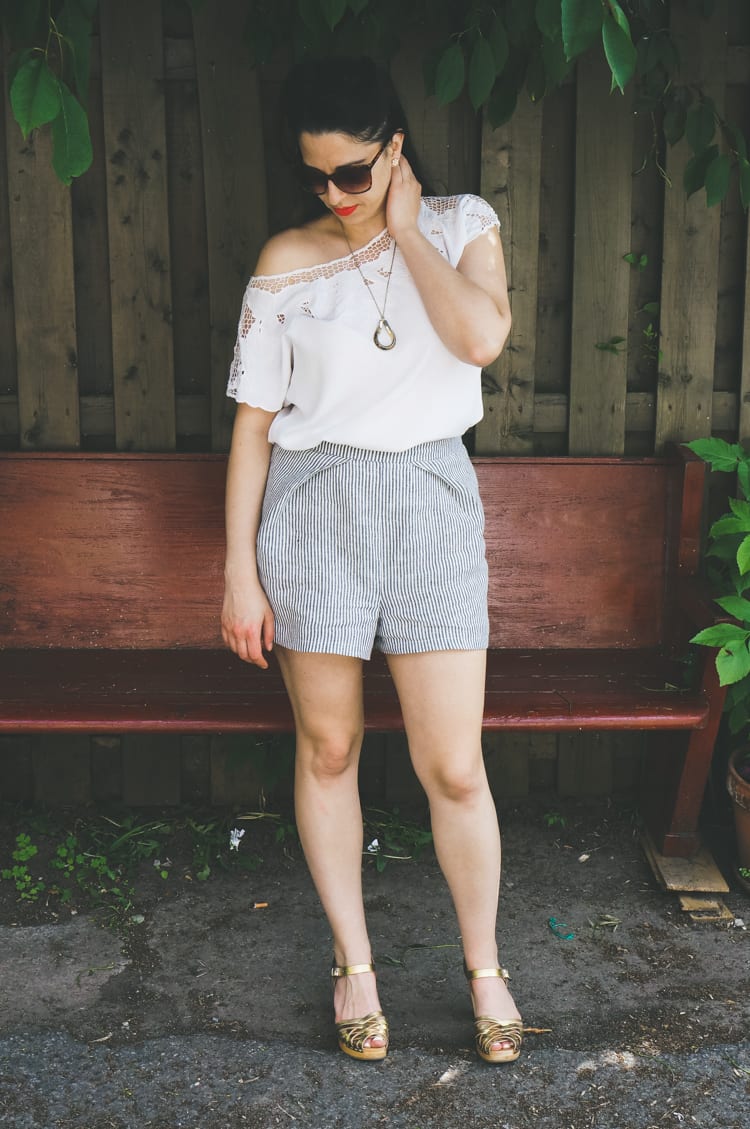 The pleats are accomplished by basting in a long diagonal dart and then removing the basting thread. Because my linen is very lightweight and uber wrinkly, I found the pleat didn’t hold it’s shape well by the end of the day. I experimented with ironing only part of the pleat, and fell in love with the volume it created.

Normally women avoid any kind of poof around their hips. It’s counter-intuitive, but I think in this case, it doesn’t scream HUGE HIP ALERT as much as it creates a floaty, ethereal summer fun hip party. At least that’s how I feel wearing them. 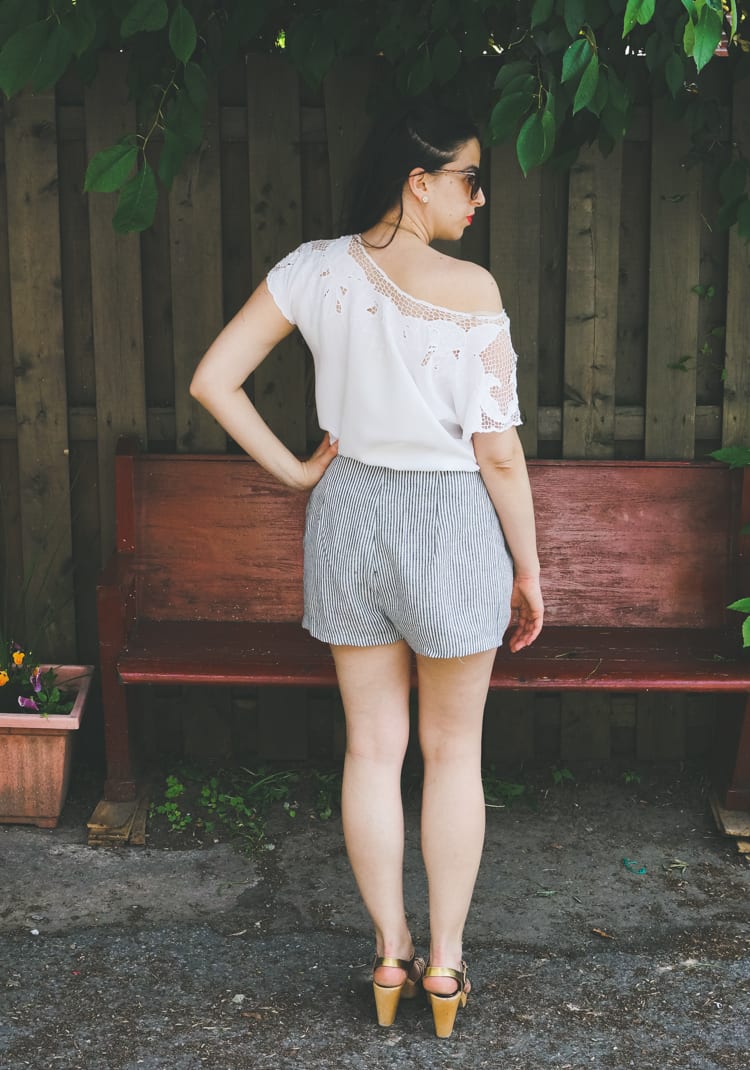 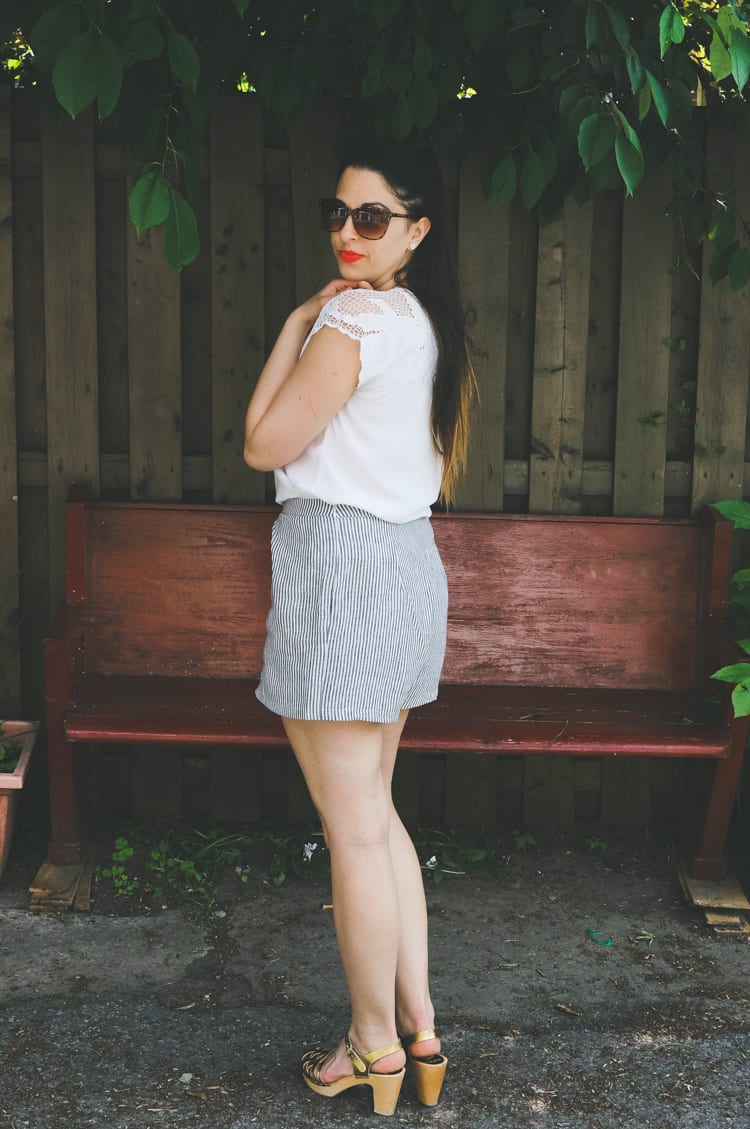 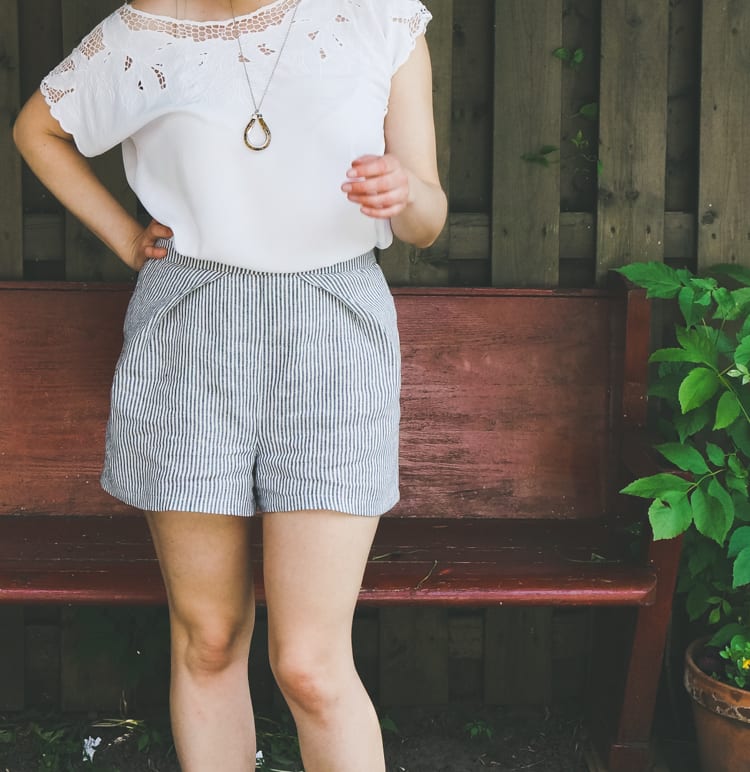 I skipped the optional back welt pockets which I think I will add next time. It breaks up the butt, visually. I ended up taking in the waist about a half inch on each side so it sits at my narrowest point. Apparently not everyone had the same issue but they updated the finished garment measurements – take a look at that to ensure you have your preferred ease.  I was initially worried they were too short and lengthened them by about an inch, but I found they looked a little dowdy so I ended up going back to the original length, which I’m actually quite comfortable with. I find it’s easy to go short when you have a little volume. Short and tight is where things get problematic for me (cough *cellulite* cough).

Overall, I quite love these tap pants! When I walked out of my dressing room before we took photos, Guillaume said “Wow baby!  I could totally take you to Versailles in that outfit. You look so chic and Parisian!” And that my friends, is why you fall in love with French men. 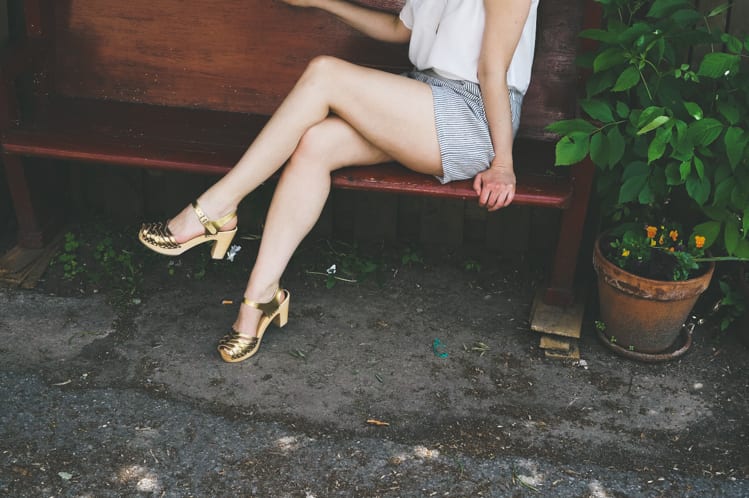 These will likely be my new go-to “It’s so hot I want to tape icepacks to my thighs” shorts. Super floaty and light as air. And don’t think I haven’t thought about pairing them with a Nettie crop top. BECAUSE I HAVE!