To put it bluntly, when it comes to Halloween, I do not f*ck around. It’s par for the course, really. I make all my own Christmas presents. I annually host 15+ people for Thanksgiving dinner. And I start thinking about my next Halloween costume on November 1.

My ‘Ween madness gets worse each year. I”m constantly trying to top the year before, which means that I start getting serious about prep in September. I was pretty stumped until a few weeks ago when the most perfect costume materialized in my brain as if sent there by Elvira herself. I think it might be my most ambitious costume yet.

In honour of my favourite day of the year, I will be giving a Victory pattern of your choosing to whomever can guess my costume for this year based on the hints I will be doling out in the next few weeks. It’s not a candy surprise, but it’s still pretty sweet. 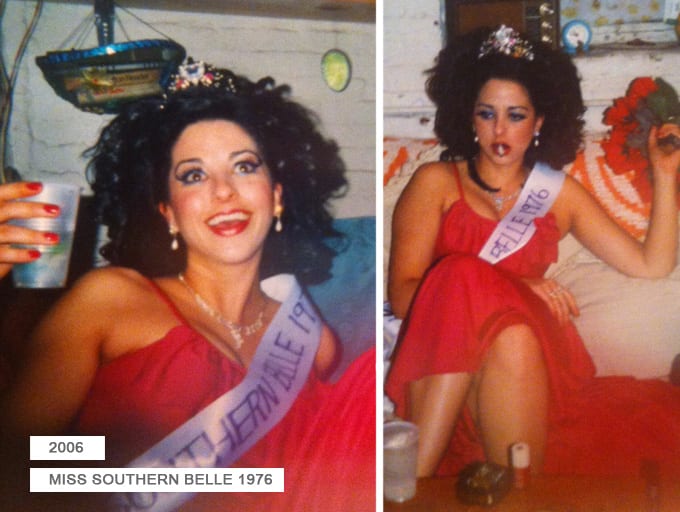 I drank almost an entire 26oz bottle of Bombay gin and got so into character I was still speaking in a southern accent when I woke up the next day (seriously). 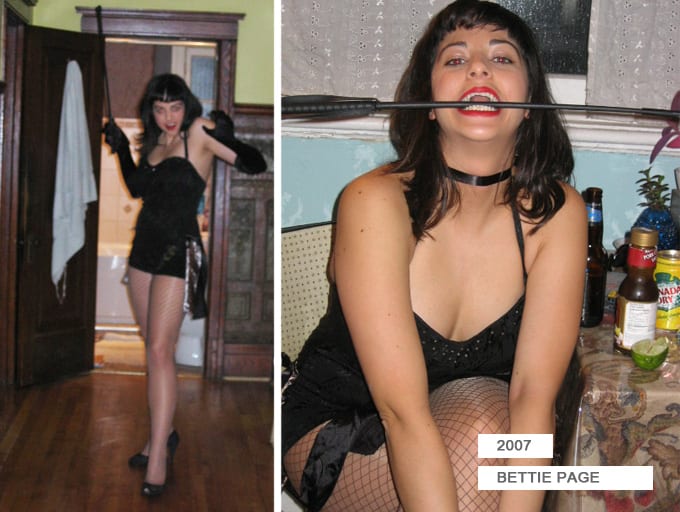 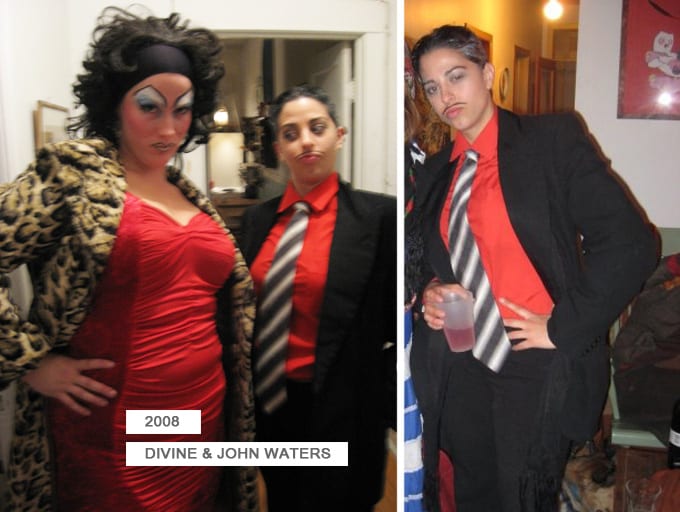 My friend Zoe and I decided it would be hilarious to go as John Waters & Divine from Pink Flamingos. I made her dress and did her make-up and hair. I still love this idea, and people had pretty amazing reactions when they realized who we were. Unfortunately, I am not a slender, balding gay man, so whenever I wasn’t standing next to Zo I just looked like a creepy Latino hustler. Which I guess is a fine costume on it’s own. As much fun as we had together, I felt so unattractive and asexual in this costume (although I did get hit on by a lot of girls, go figure).  Being in drag does weird things to your sense of identity.

Now, for the first hint!

The costume is a distant cousin to one of the above…..