Oh, it’s so nice to be back! As you may know, I went on a rather long and epic journey across the west coast last month and I didn’t realize how much I missed logging into WordPress to talk to you until I started this post. One of the things that people always say when you work for yourself is, “Oh how lovely! You can go on vacation whenever you want!”. While this is technically true, it’s hard to find/make the money/time. I had been hoping to do a West Coast sojourn for a few years, and finally just stopped talking myself out of it and bought the plane ticket. There is never a “right time” when you run a business, but I was feeling a little burnt out and needed some time to rest and think and feel inspired again.

It was especially lovely to come home knowing I wasn’t going to have to move to France. We were struggling with my partner’s visa issues behind the scenes this summer, and for a while things did not look good. I spent most of my trip mentally preparing to pack up and move to France for a year or two while we sorted his residency status out, but mercifully he pulled a miracle out of his derriere at the last minute. I love France, but moving my studio and life overseas was not very appealing; I’m a rather unadventurous nester at the very core of me. The downside of the good side is that Guillaume is back in France until his new visa starts in January, so I’m a widow by way of the ocean for the next few months. We said goodbye almost as soon as I got home and it was really, really hard. While the sexy accents and hilarious cultural mixups are a definite plus, falling in love with foreigners is all fun and games until someone needs a green card.

Needless to say, I’m back home and trying to get the new pattern ready for release. In the meantime, I thought I’d share some more about my trip since I had a lot of questions about what I was up to in all those mountains. I’ll also be talking about all the awesome sewing related stuff I got up to, but I think it’s worthy of it’s own post next week. 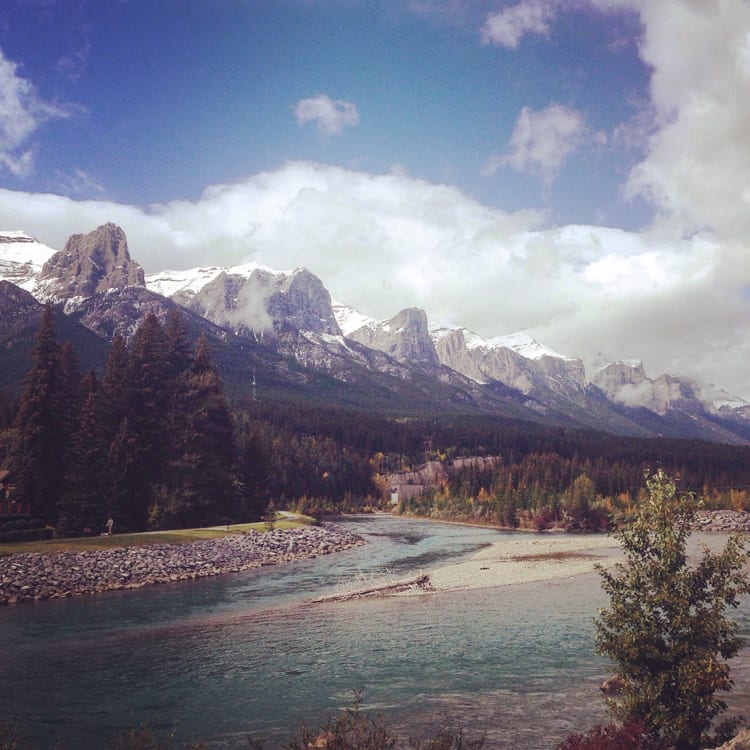 First, I flew into Edmonton to spend a few days with one of my oldest friends, and then took the bus to Canmore, Alberta to visit my brother and his family, around the same time my mom flew in for her annual visit. Canmore is breathtaking, even if everyone wears Goretex and hiking sneakers 24/7 and looked at my funny whenever I went for a walk in town (clearly screaming OUTSIDER in heeled boots and my linen moto jacket). Someone called my mother “fancy” for wearing a floral coat and they all like, para-snow-glide every weekend (and that’s just the eight year olds). Trying to blend in with the locals, we went on a gorgeous hike at Lake Louise, where the last stop is a cozy tea house fired by wood ovens and not much else (all the cute outdoorsy teenagers working there have to hike in and out everything they use!) While my mom and I were struggling on the way down without those ski pole things that look ridiculous but I secretly want, super fit Alberta types were just casually running up the mountain in short sleeves while it snowed and we tried not to die. 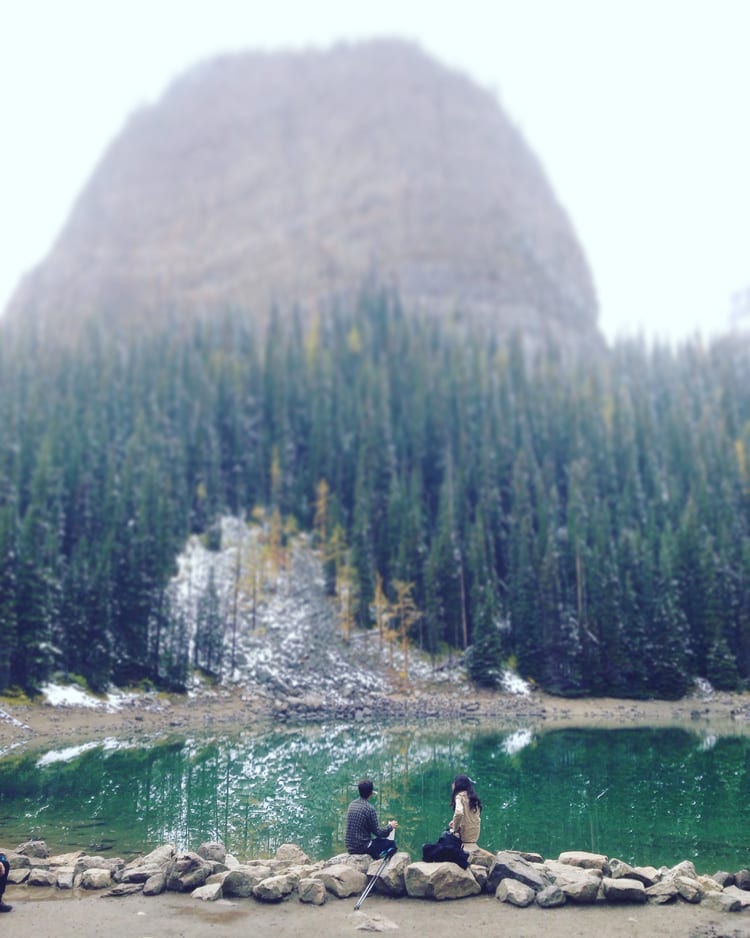 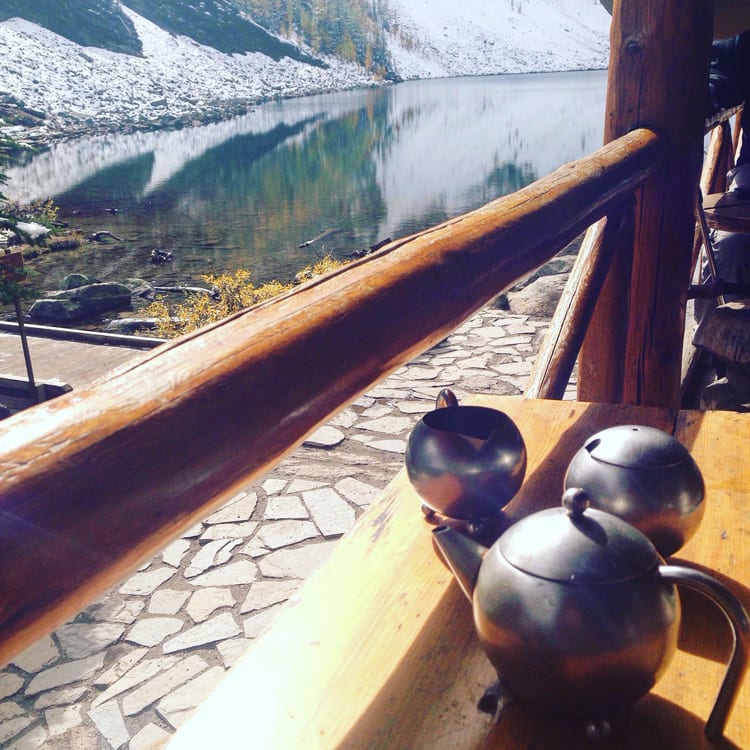 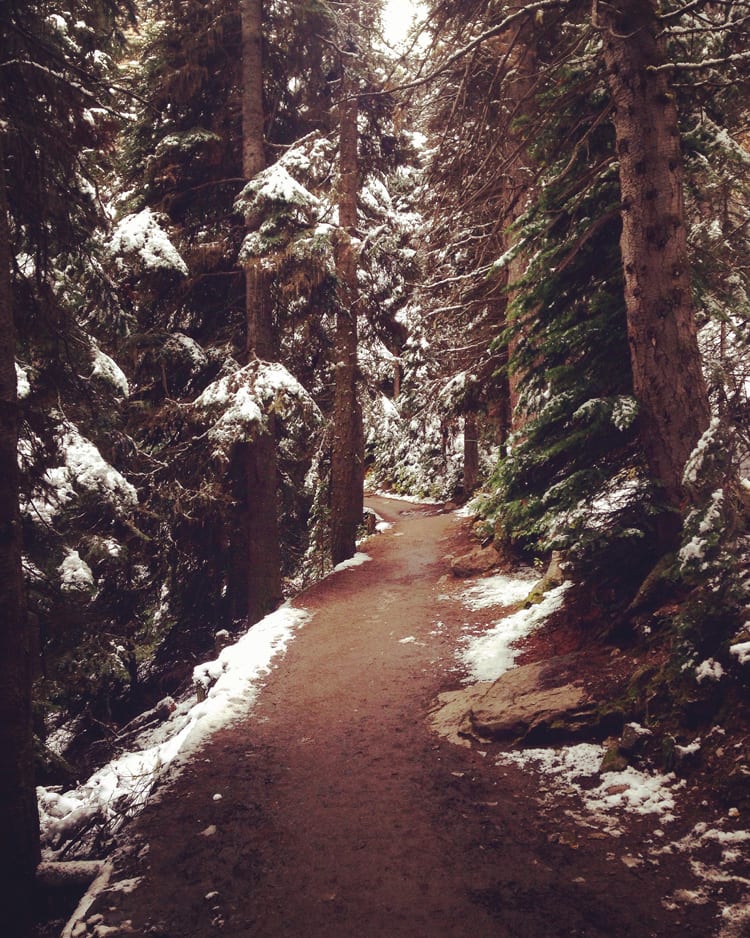 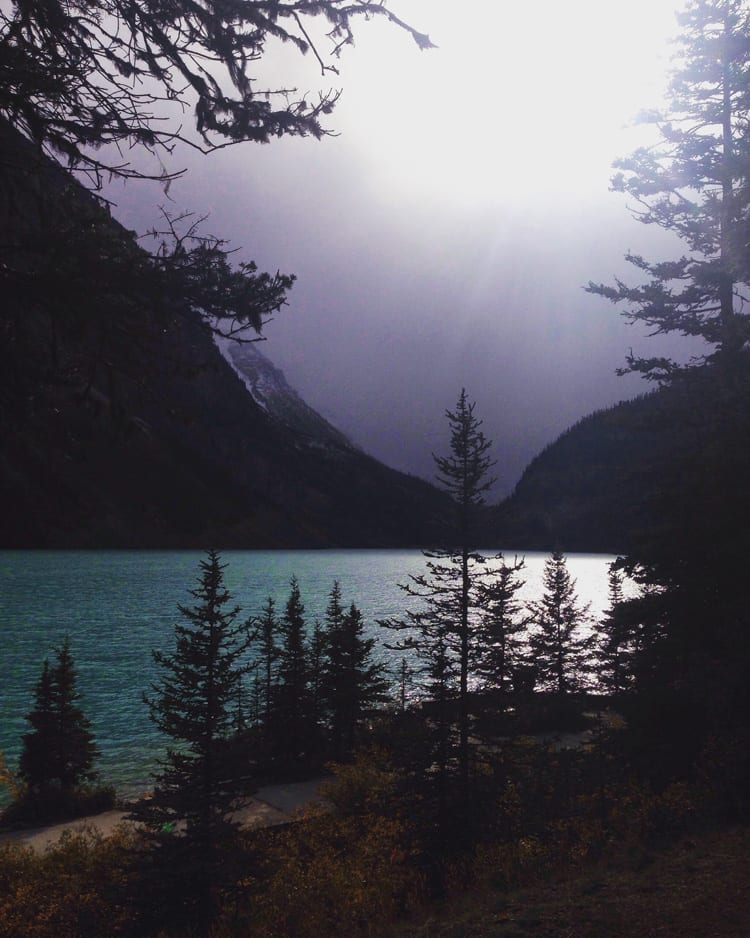 The Banff Hot Springs was another fun stop, although whenever I’m at a commercial hot spring in some sort of concrete pool, I always fantasize about stumbling on a big boiling one occurring just naturally in nature. Is this a thing? I want this to be a thing. I also went for quite a few walks in my brother’s neighborhood, which basically looks like this once you get away from the houses: 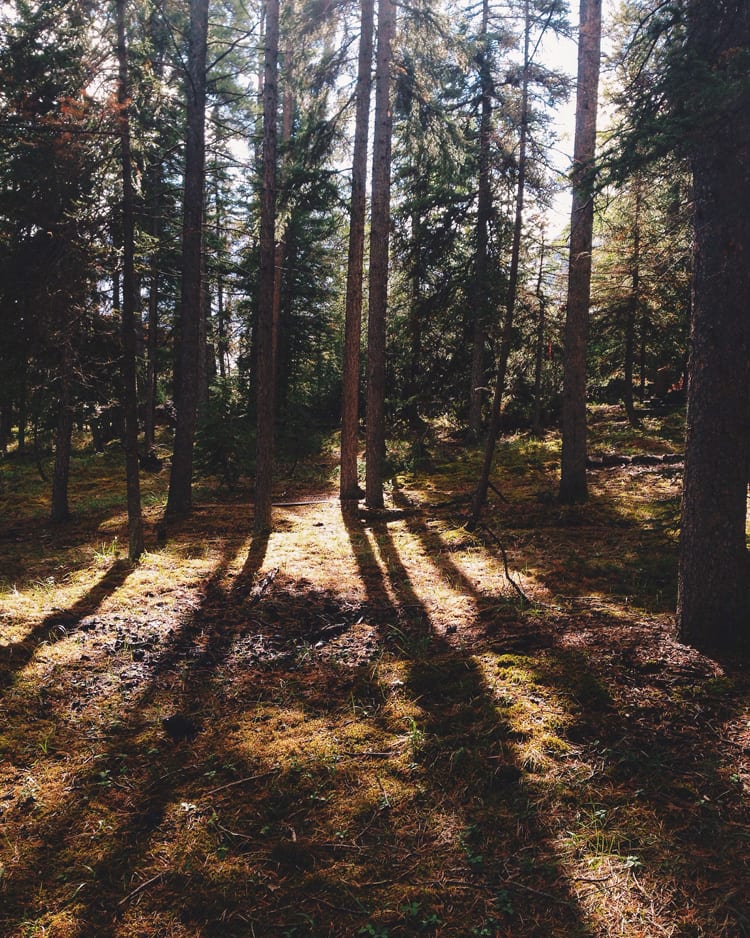 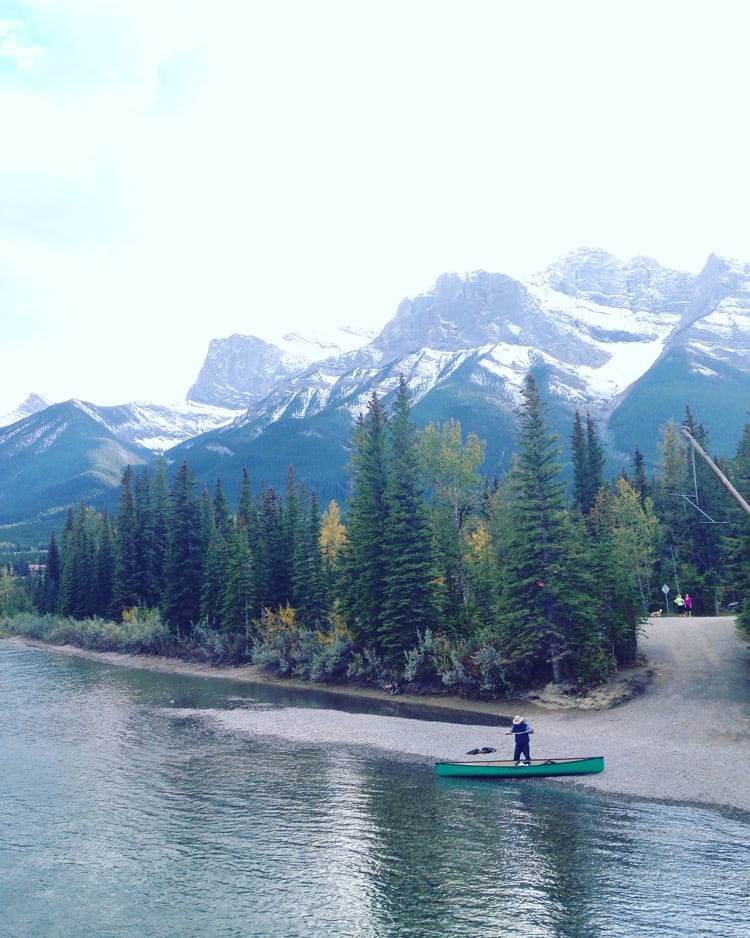 After five days with the family in Canmore, I headed west to British Columbia for a ten day visit with two of my best friends (they left me for the west coast a few years ago). The first few days we stayed at my friend’s childhood home in Victoria, which is so charming and pretty you basically start looking at real estate listings within an hour of arrival. And then blanche at how expensive everything is and drive around looking at beautiful homes, silently seething that they’ll never be yours. Victoria is the best city I’ve ever visited for just cranking Neil Young and driving around with your windows down to take in the sites, btw. We also went on a hike (and got slightly lost) drove to the beach in my friend’s camper van to eat breakfast, and hung out in a cool old converted motel bar the night of a local music festival. 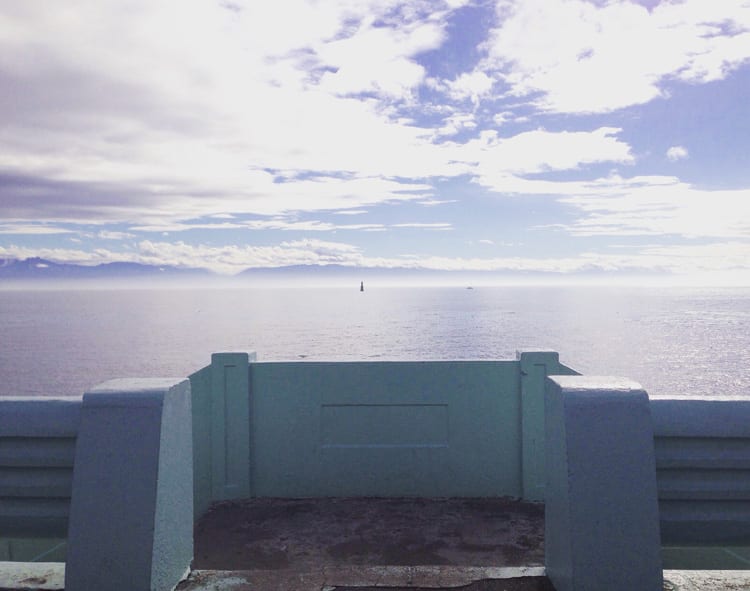 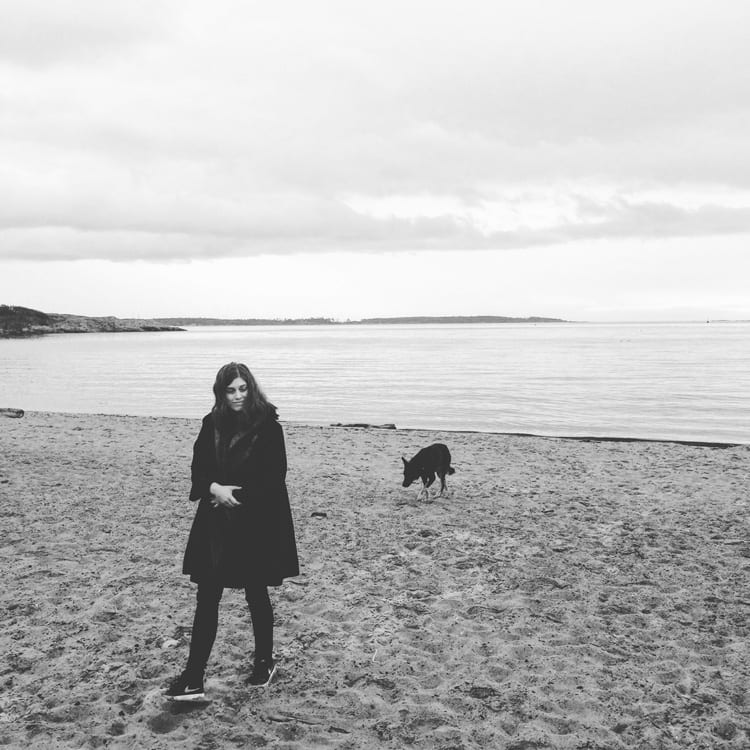 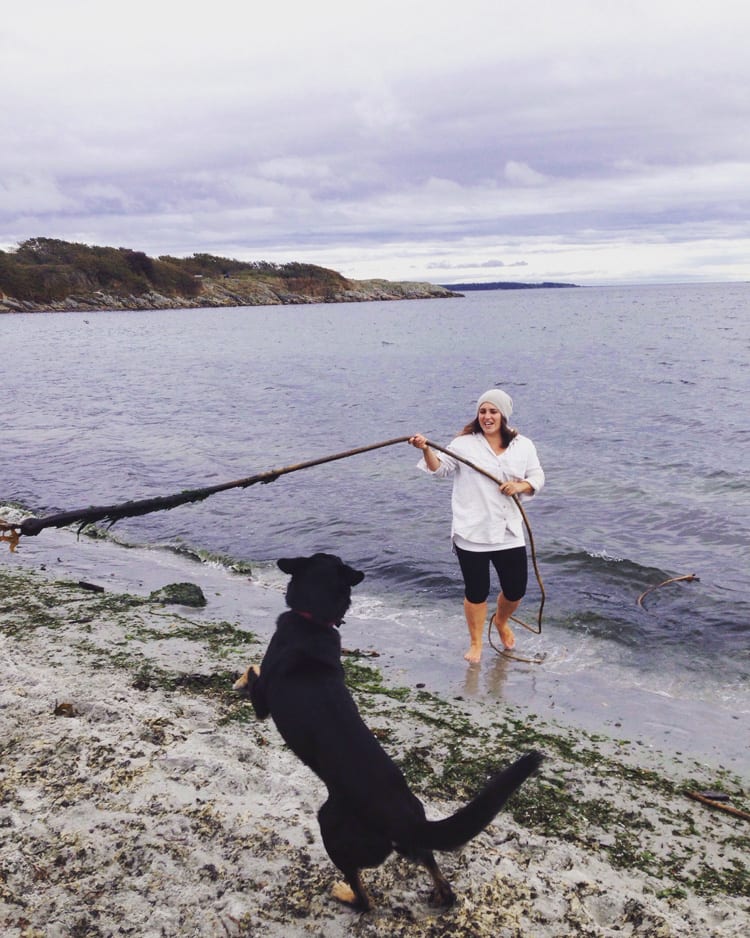 Thanks to everyone’ suggestions, I managed to stop by Gala Fabrics in downtown Victoria, a wonderful local store where I scored some silk noil. Unfortunately The Makehouse was closed when we visited, but I consoled myself with a visit to Munro’s Books and Rebar for lunch, which was on my bucket list since I’ve been obsessed with their cookbook for years (seriously, the best salad dressing recipes EVER!) 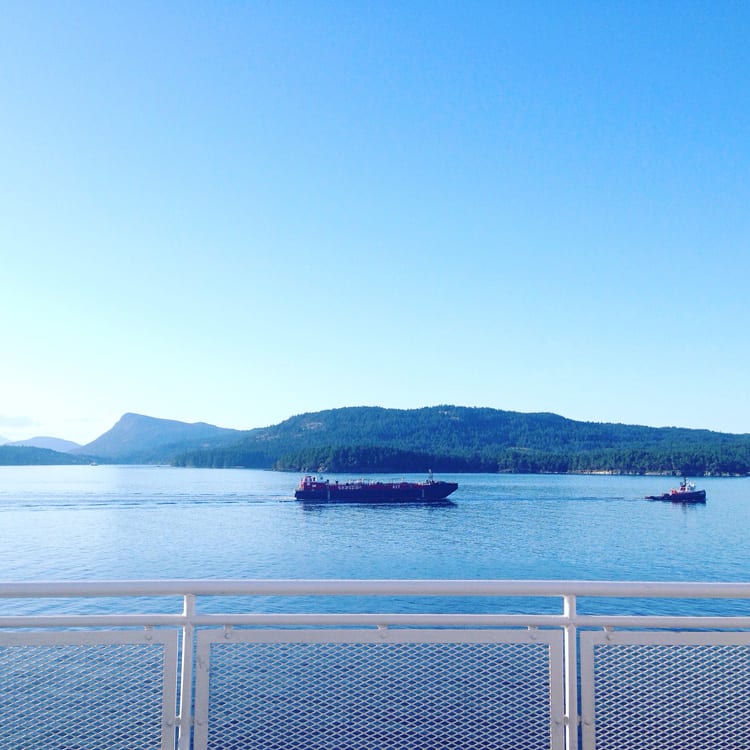 After Victoria, I spent about five days in Vancouver but I was working most of the time and didn’t get to explore as much as I wanted to outside the neighborhood I was staying in. I had a few amazing meals, of course. Toshi had incredible sushi, the northern Chinese food at Peaceful blew my mind, and Liberty Bakery is one of the cutest coffee shops ever.

One thing I noticed about Vancouver; their retail game is incredibly tight. Every store is filled with beautiful, handcrafted things you didn’t realize you wanted but find yourself unable to imagine a life without. It makes Montreal look like a medieval village market in comparison. I spent a lot of time fondling and caressing things I can’t afford on Main Street in Mount Pleasant; I highly suggest stopping by Welks General Store for a crazy selection of fancy soaps and home stuff, The Soap Dispensary for lovely tools and supplies that fool you into thinking that cleaning should be a pure, meditative life experience (the pure joy I felt when I found a stainless steel smoothie straw and accompanying wire brush cleaner is absurd), and Front and Company for one of the best selections of clothing I’ve ever seen at a consignment store. 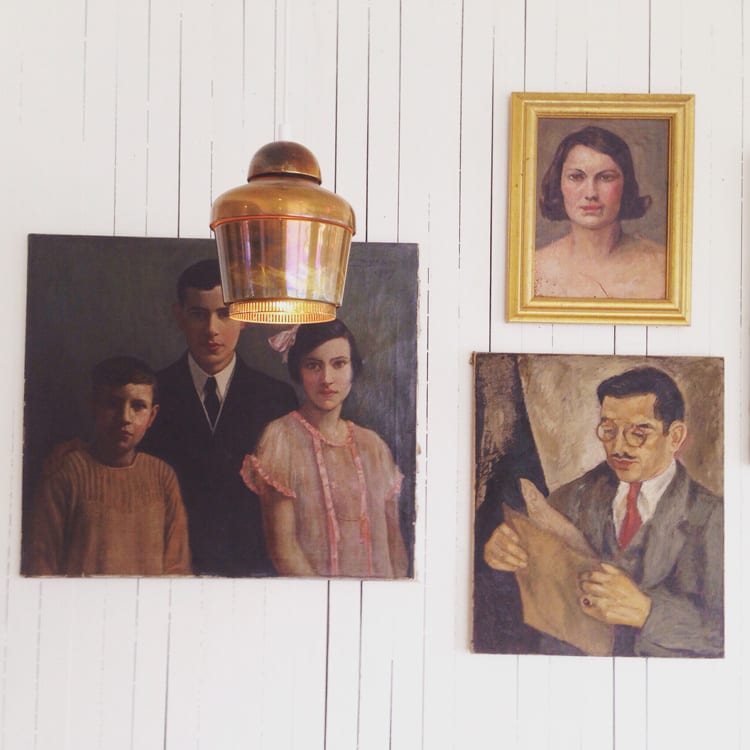 For my last weekend in B.C. we went to Salt Spring. It’s a gulf island just off the coast and I think I left part of my heart there. It’s filled with a doable mix of for real hippies (as in, unironically wearing giant peace sign necklaces) and ex-city folk who just want to grow gigantic gardens and go swimming in the ocean every day. Truly one of the most magical places I have ever been in my life, I started plotting a ten year plan to move there as soon as the ferry dropped us off (“Guillaume, I know no one speaks French and there are strange witchy ladies selling potions at the farmer’s market, but they make their own cheese!”) It’s basically a temperate rainforest surrounded by ocean, and everywhere you look there are majestic views and deer casually hanging out in meadows. We stayed in a friend of a friends barn loft, which just happened to be sitting on the most perfect plot of land I’ve ever seen. Originally part of a commune, the owner split off a while ago and nurtured a spectacular, complex and thriving garden and orchard that spans acres on her plot. *life dream* 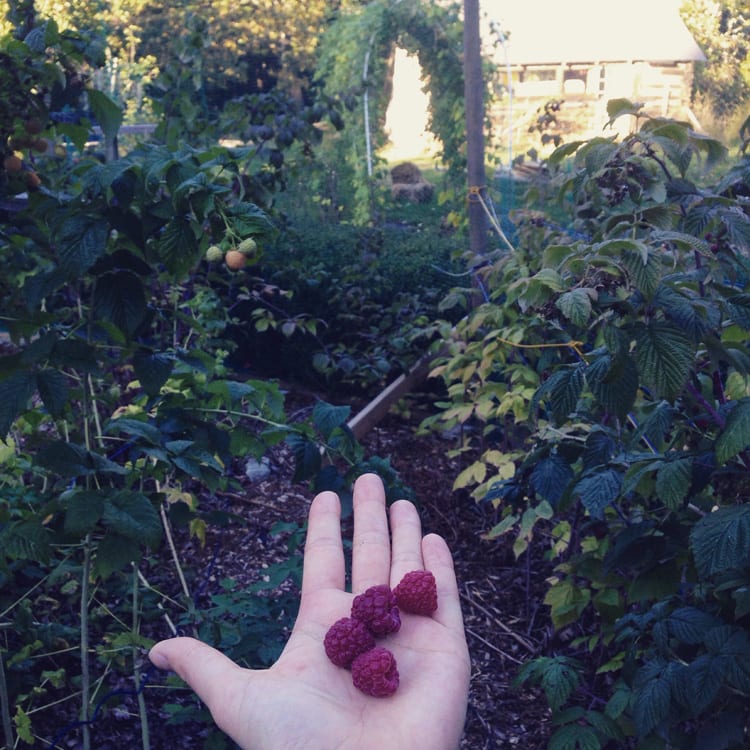 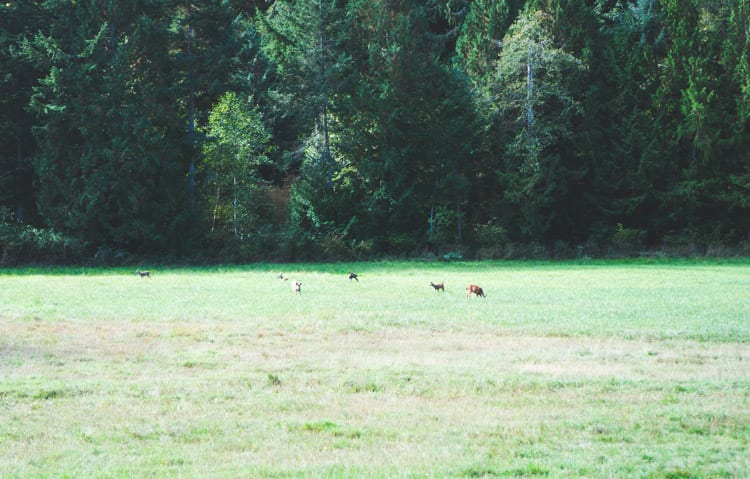 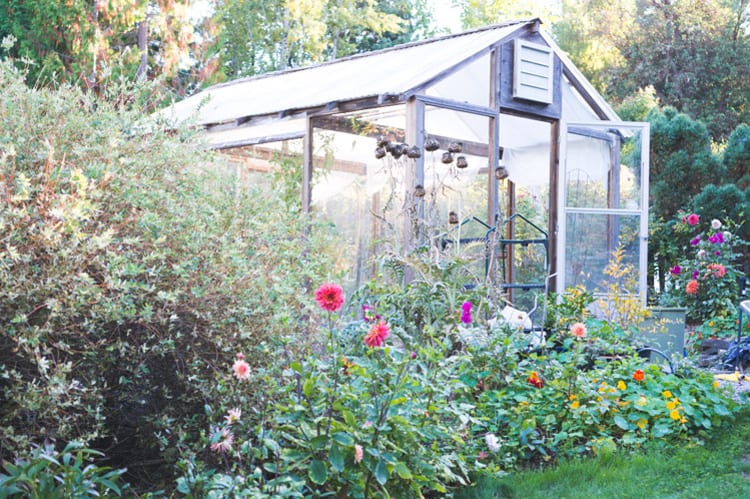 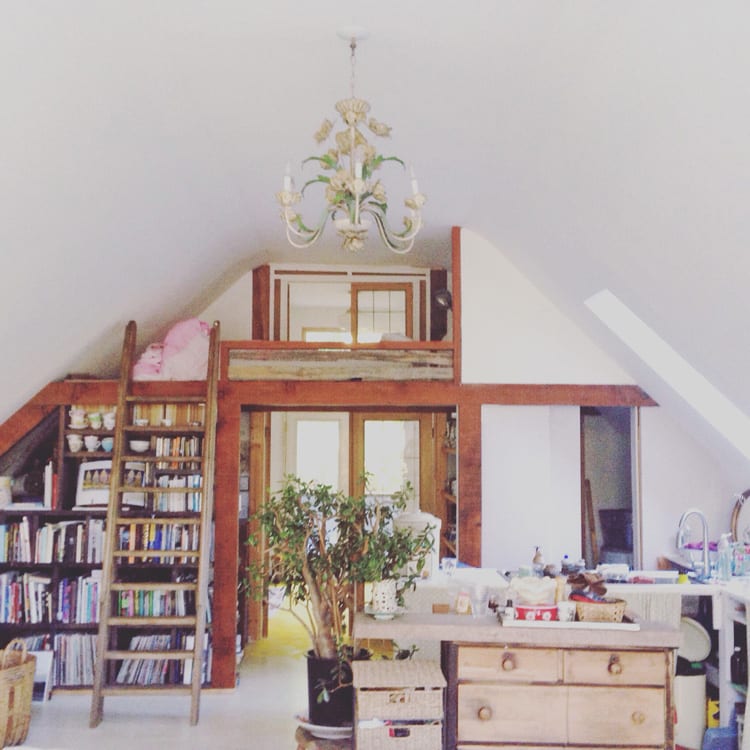 I could have stayed there forever. 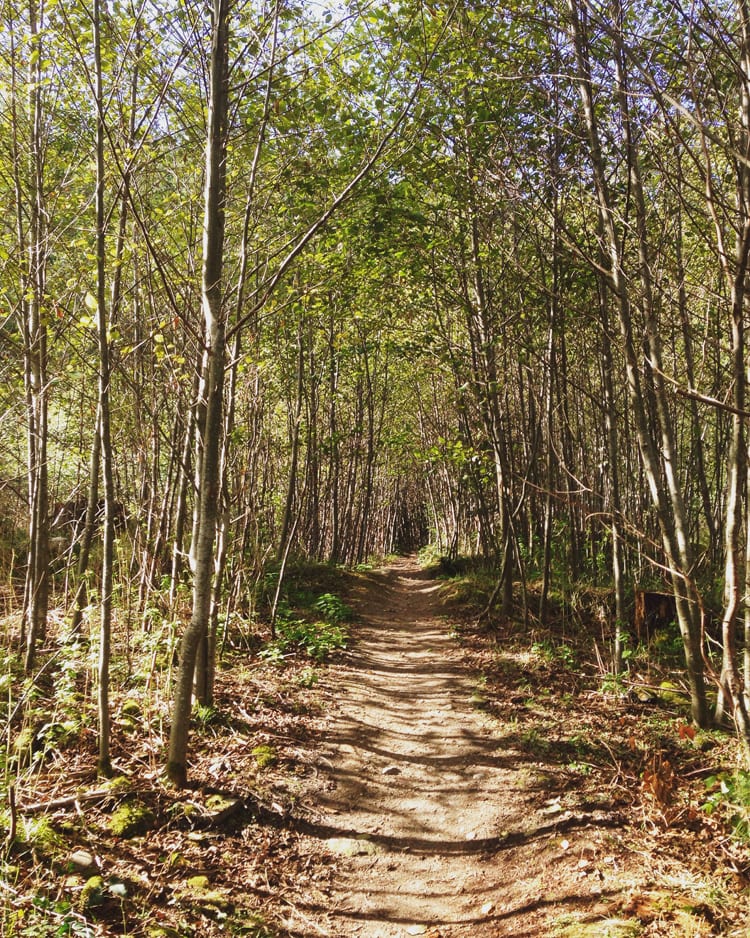 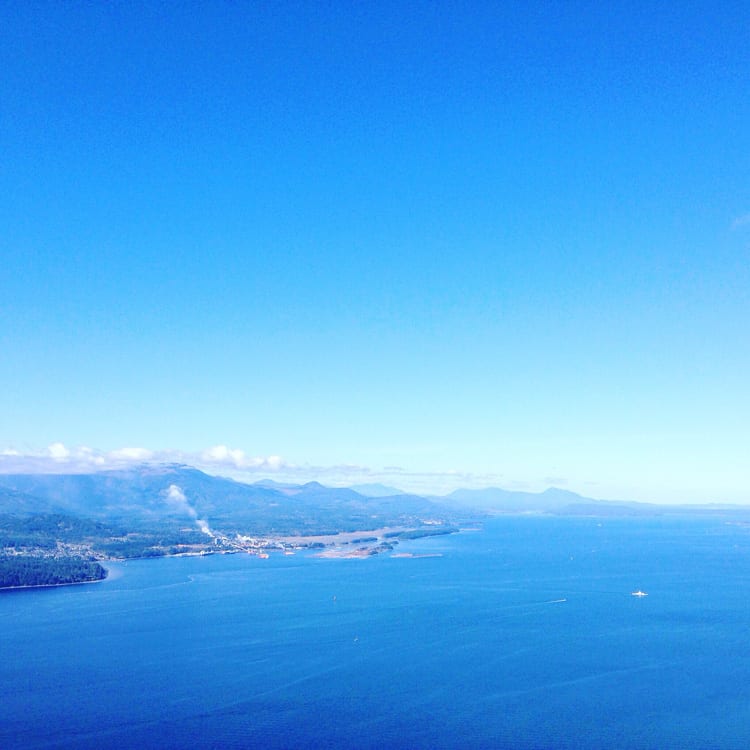 After we left Salt Spring I hoped on a Greyhound up to Seattle, and thus began Epic Sewing Road Trip 2015, which I’ll leave for next week.

Have you been out the west coast before? Who wants to start a Salt Spring intentional sewing community with me?!